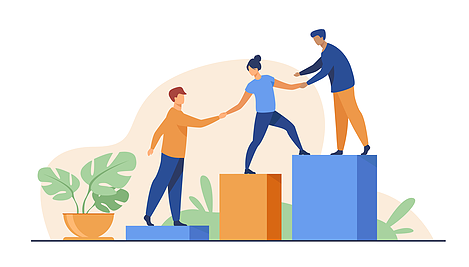 In 2016, at least 20% of people with opioid use disorder (OUD) were involved in the criminal justice system (approximately 600,000 individuals), with most individuals cycling through jails. Opioid overdose is the leading cause of death and a common cause of morbidity after release from jail. A study in New York City found that individuals released from jail had an eight-times greater risk of drug overdose in the first two weeks post-release relative to a population matched by age, gender, race, and neighborhood. The majority of jails do not offer medications for OUD treatment. Recently, because medications for OUD effectively reduce relapse, recidivism, and overdose, several jails have started to treat OUD with medications.

However, OUD treatment discontinuation upon release is a persistent problem. Most people with OUD leaving jail face housing instability, food insecurity, and transportation barriers, which can impact OUD treatment engagement and retention. Upon release they also lack social support, often returning to deleterious social networks. Further, they have co-morbid physical and mental health conditions and face stigma and discrimination in the health system based on their criminal record and OUD, which may hinder engagement in OUD treatment. Given these barriers, the regulations and policies of addiction treatment centers, community corrections, and community health centers that serve people with OUD recently released from jail may worsen treatment engagement. There is an urgent need to study how to increase engagement in OUD treatment after release from jail to reduce relapse and future contact with the criminal justice system.

The research will include a hybrid type I effectiveness-implementation trial and randomize 800 people on medications for OUD released from 6 local jails (Minneapolis, MN, Rochester, NY, Bridgeport, CT, Durham, NC, Caguas, PR, and Bronx, NY) to compare the effectiveness of the TCN intervention versus referral to standard primary care on opioid treatment cascade outcomes and whether housing, food access, criminal justice contact, and social support mediate this association. The project will also study the cost effectiveness of the TCN, as well as barriers and facilitators to transitioning the care of people with OUD to the TCN. TCN PATHS is highly innovative in its partnership with and prioritization of the values of formerly incarcerated people. The knowledge produced by this project will have a positive impact by evaluating the effectiveness of a new primary care-based approach to improving the health of justice-involved individuals with OUD.

Aim 2 is to estimate the incremental costs and cost effectiveness of the TCN intervention versus referral to standard primary care in terms of quality-adjusted life years (QALYs) and costs to healthcare, criminal justice, and social services sectors. Our hypothesis is that individuals assigned to the TCN intervention will have a lower cost-per-QALY and significantly lower societal costs compared to those referred to standard primary care.

Aim 3 is to identify the acceptability and appropriateness of the TCN intervention and multilevel factors that affect engagement and retention in OUD treatment post-release. Our hypothesis is that stakeholders and participants will find the TCN intervention acceptable and appropriate; and organizational and policy-level factors will be key barriers and facilitators to OUD treatment within TCN.

The completion of the aims will generate a nuanced understanding of whether an enhanced primary care program for individuals just released from jail on MOUD improves the opioid treatment cascade. The contribution will be significant because jails are now starting to implement evidence-based treatment of OUD, but the transitions of MOUD from jails to the community are poor and affect broad health outcomes. In order to capitalize on the benefits of expanding MOUD in jail, we must have targeted, cost effective, and feasible solutions to improve transitions of care into the community and maintain retention in OUD treatment. This study will provide key insights on early barriers and facilitators to engagement and retention in treatment and will generate knowledge on the role that social determinants play in the success of the TCN intervention. This will create guidance for the national network of TCN programs and others based in community health centers, which will develop in response to the opioid crisis. The knowledge produced by this proposal will have a positive impact, as it will result in a deeper understanding of how the primary case-based models can improve OUD treatment outcomes among this high-risk population.