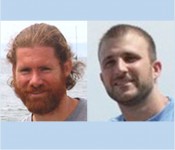 Shawn and Eric Miska at the University of Cambridge are senior authors on the paper, and Shawn’s former postdoc, Aisa Sakaguchi, and former graduate student, Matt Simon, as co-first authors with Peter Sarkies from Dr. Miska’s lab. This study establishes a role for small RNAs in promoting transgenerational fertility via … Continued


Fernando Pardo-Manuel de Villena has been elected to the Board of Directors of the Genetics Society of America (GSA).

Fernando will serve a three-year term beginning January 1, 2015. See the official announcement on the GSA web site. The GSA is the professional membership organization for scientific researchers and educators in the field of genetics, with over 5,000 members. Society members work to advance knowledge in the basic mechanisms … Continued

Yun Li, Karen Mohlke, and Chuck Perou are among the top 1% most cited world researchers in their subject fields for 2014. Thomson Reuters has listed Yun and Karen among the most highly cited in Molecular Biology & Genetics and Chuck in Clinical Medicine. To see the complete list and … Continued 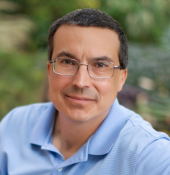 Evans and Perou are quoted regarding the risks of reporting germline mutations in numerous genes implicated in rare forms of hereditary predispositions to breast cancer. Chuck points out that there are probably 10 – 100 genes in addition to BRCA1 and BRCA2 that may contribute to breast cancer susceptibility. Both … Continued


Terry Furey and Praveen Sethupathy coauthor a Perspective in Science 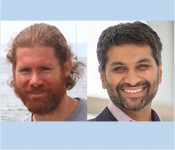 The article discusses three reports on DNA variants in the human genome that affect gene regulation epigenetically, via sequence-specific binding-affinity of transcription factors.

In collaboration with groups at three other institutions, they identified different miRNAs that are critical “regulatory hubs” in the immune response to the parasites Leishmania major and Schistosoma mansoni. Samir and Praveen share first authorship with Isobel Okoye at the National Institute for Medical Research in London. In addition to … Continued

A research article highlights a method for prioritizing variants in miRNAs by their functional significance. Two Thematic Reviews are included in a special section of the Journal of Lipid Research. The new research findings include the observation that a variant in the promoter of the miRNA let-7 may contribute to … Continued