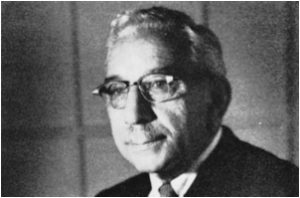 You or a member of your family has been confronted with the diagnosis “inflammatory bowel disease” or IBD. In most cases, this means either ulcerative colitis or Crohn’s disease. At first, these names seem strange and you probably wonder what they can mean. Both refer to chronic inflammation of the mucosal lining of the intestine or bowel, though each has quite specific characteristics.

What do the names mean?

The use of different names is based on the fact that the disease is often named according to the portion of the bowel it affects and which becomes inflamed. The chart shows the digestive tract and gives the names of the various segments. The small bowel is normally 3–5 m (10 – 16 feet) in length, while the large bowel or colon is about 1.5 m (5 feet) long. We distinguish between two main forms of IBD.

The first is ulcerative colitis, an inflammation (“-itis”) affecting only the colon and associated with the formation of ulcers. In some cases, only the rectum is involved, and we speak of ulcerative proctitis (proctos greek = rectum).

The second main type of IBD is Crohn’s disease. Named for its discoverer, the American gastroenterologist Burrill B. Crohn, who described the disease in 1932, it can affect any portion of the digestive tract, from the mouth to the anus. Depending on the exact segments affected, we can speak of Crohn’s ileitis, ileocolitis, colitis or enteritis.

What you should know about the normal digestive tract 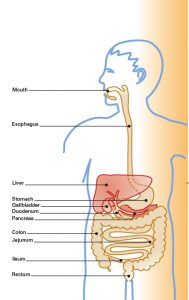 The digestive tract or canal begins in the mouth. Here, the food is chewed and mixed with saliva, lubricating and partially digesting it. Once swallowed, the food passes into the esophagus, a muscular tube, whose walls move in wave-like patterns propelling the food downward into the stomach. In the stomach, the food is mixed with gastric juices, which consist of acid, mucus and various enzymes, which begin the breakdown of proteins. In the duodenum, the food is further mixed with secretions from the pancreas, which contain other digestive enzymes, and with bile. Bile is produced in the liver and contains bile acids, which also help in digestion. These functions are rarely compromised in ulcerative colitis, and, when they are, it is usually due to an associated disorder of the biliary tract. They are sometimes be affected in Crohn’s disease.

The upper segment of the small bowel, also known as the jejunum, is where fats, fat-soluble vitamins (A, D, E and K), protein breakdown products, sugars and some trace elements are absorbed. Vitamin B12 and bile acids, however, are absorbed in the ileum, the lower part of the small bowel. This latter function is often compromised in patients with Crohn’s disease, though disturbances of the upper small bowel are less frequent.

The insufficient absorption and resulting loss of bile acids in the ileum, however, may adversely affect the digestion and absorption of fats and fat-soluble vitamins in the upper small bowel.

The colon’s main role is the absorption of water and minerals, which results in thickening and solidifying the stool. After advancing to the final segments of the colon (the sigmoid colon and rectum), the stool is formed and held back by the action of the bowel outlet or anus until a voluntary bowel movement occurs. These functions may be affected in both ulcerative colitis and Crohn’s disease. The result may be a tendency to unintended passage of gas or stool.

What are the symptoms of ulcerative colitis or Crohn’s disease? 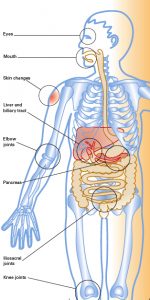 Beside the general manifestations of disease, such as fatigue, tiredness, loss of appetite and sometimes fever, the specific symptoms are related directly to the bowel. These include irregular bowel movements containing mucus and/or blood and severe diarrhea; abdominal pain, sometimes focused on a certain spot, but often affecting the entire abdomen, which can be crampy or persistent. Many patients experience nausea and may vomit. The inflammation may also result in loss of blood through the bowel. This loss, which may take the form of so-called “occult”, or hidden, blood and be detected only with special tests, may lead to anemia. Whenever there is loss of blood, iron is also lost: in this case, the bone marrow lacks the iron necessary to form new blood cells. This is known as iron-deficiency anemia.

In both ulcerative colitis and Crohn’s disease, symptoms may occur not only in the bowel but also at other sites in the organism. Some patients experience inflammation (arthritis) in the larger and smaller joints of the arms and legs, as well as in the joints of the spine and pelvis. As in other types of arthritis, this joint inflammation results in swelling, pain and restrictions in motion. The skin in patients with IBD may also react in the form of painful purplish-red areas of thickening, most commonly occurring on the arms and legs (erythema nodosum).

Somewhat less frequent is inflammation affecting the eyes, particularly the iris and conjunctiva. In both, ulcerative colitis and Crohn’s disease, there may be rather uncharacteristic associated inflammation of the liver. In very rare cases, the bile ducts can undergo inflammation with extensive scar tissue formation resulting in jaundice and digestive disturbances. Other rare complications include inflammation of the pericardium (the sac surrounding the heart) and pancreas, as well as venous thromboses (blood clots). 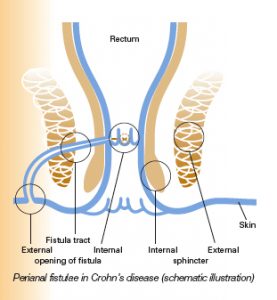 Ulcerative colitis, which affects only the colon, is typically characterized in its acute phase by diarrhea mixed with mucus and/or blood. The severity of the diarrhea depends on the inflammatory activity and the extent of the inflammation. Diarrhea may be very severe in cases in which the entire colon is affected. If, however, only the final portions of the colon (the sigmoid or rectum) are affected, as in ulcerative proctitis, the stool may be more solid but traces of blood can be detected.

Crohn’s disease may affect both the small bowel and colon. In its initial phase, it may cause few or no symptoms at all and, particularly in cases in which the colon is only partially affected or completely spared, there may be no diarrhea. In many cases, there may be abdominal pain, which sometimes can be confused with appendicitis. Crohn’s disease is associated with nutritional deficiencies in its early stages, resulting in significant weight loss.