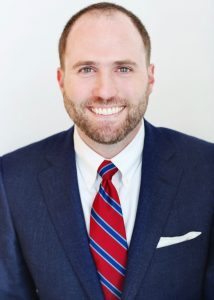 That’s largely because a vasectomy is the easiest and most effective way to permanently prevent unwanted pregnancies, according to UNC urologist Matt Coward, MD, director of male reproductive medicine and surgery at UNC Fertility.

But how do they work? Do they hurt? Are they reversible?

We sat down with Dr. Coward, who performs a “no-needle, no-scalpel vasectomy,” to find out everything about the procedure.

First, what is a vasectomy?

Technically speaking, a vasectomy is a surgically induced disconnection of the vas deferens. The vas deferens is the tube that allows the sperm to leave each testicle.

Each vas deferens is a foot long and goes up and out of the scrotum, into the pelvis, and back around the bladder, where it connects with the urethra.

The seminal fluid, or semen, comes from the prostate and the seminal vesicles. The semen mixes with the sperm from the vas deferens as they enter the urethra simultaneously during an ejaculation.

After a vasectomy, the sperm swim up the vas deferens to the site of the vasectomy, where they live a brief life and die.

Why are vasectomies so popular?

Most men eventually consider the need for a vasectomy. I always say that the time comes differently for everybody, but most fathers decide at some point they’re done having children.

It turns out a vasectomy is actually the simplest, easiest and most effective way to do that.

Why is a vasectomy the simplest and easiest strategy for taking care of fertility?

It’s the most common procedure urologists do across the country, and that’s probably because it’s quick, it has an incredibly low complication rate, it doesn’t require general anesthesia like tubal ligation that women get (also called “having your tubes tied”), and it is the most effective form of birth control available with the lowest failure rate.

How does a vasectomy compare to common birth control for women, such as IUDs?

The vasectomy solution is hormone-free, unlike most solutions for women, who unfortunately end up bearing responsibility for a couple’s birth control more often than not. An IUD (intrauterine device) is a good option that is temporary and lasts five years, with failure rates around 1 percent. However, an IUD is not always well-tolerated, may have side effects or release hormones, and for some couples may have an unacceptable failure risk.

There are only two forms of birth control that a man can control: a condom and a vasectomy. And it turns out condoms aren’t very good; they have a high failure rate because they can break and people don’t always use them correctly. The only certain option that a man can always count on is a vasectomy.

Is sedation necessary for the procedure?

Sedation is not necessary, but some men choose to take an oral sedative in case of anxiety, which I offer all of my patients. If a patient chooses to take an oral sedative, he will need someone to drive him home. If not, he can drive himself home. It’s like having a dental procedure, with the primary difference being that most men have had a dental procedure and know what to expect. It’s the unknown element and the uncertainty, and the sensitive area that we are working on, which all can raise anxiety about the procedure.

Where is it done? How long does it take?

It is done while the patient is lying on a clinic bed in my office. The procedure only takes about 20 to 30 minutes. We talk, get to know each other and listen to music during the procedure. It’s one of my favorite procedures I perform for those reasons. I enjoy getting to know all of my patients, and the time we spend together during vasectomy is great for this; it really helps put men at ease.

What kind of pain can a patient expect?

It is minimal in general, but it does depend somewhat on how the procedure is done. I do a no-needle, no-scalpel vasectomy, and it’s almost painless.

The most painful part is the placement of the anesthetic, so a traditional vasectomy with multiple needle sticks can be painful at first, just like being at the dentist. With the no-needle technique, we use a device to spray the anesthetic on the skin, which feels something like a mosquito bite. After several sprays on either side, numbing kicks in and patients stop feeling that sensation. From that point forward, it’s essentially painless.

Occasionally, a patient may require additional anesthesia in the middle of the procedure.

But the vast majority of men at the end say that the wait and the anxiety were far worse than the procedure and that it was really not bad, and they didn’t have any pain.

They are usually incredibly grateful at the end that it didn’t hurt.

How is it possible to conduct surgery without a needle or scalpel?

It’s a technique that was developed in China in the 1980s and popularized in the ’90s in the U.S. It’s the latest, most minimally invasive way of performing the procedure. Many doctors are still performing the traditional type of vasectomy, but the no-needle, no-scalpel variety has many benefits.

It’s done through a tiny poke-hole opening. So instead of cutting the skin, a tiny instrument pokes into the scrotal sac, and spreads it open a little, so there’s no actual cut on the skin and very minimal bleeding. The skin turns out to be very thin and stretchy there, so with a poke and a spread with the instrument, we can secure the vas deferens and pull it up through the skin opening to perform the vasectomy.

As the vas deferens drops back in, the hole closes back up. No stitches are needed, and there’s just a minimal risk for bleeding.

We have a lower rate of complications compared to the previous type of vasectomy, which is now called a traditional or conventional vasectomy. I like to call the traditional vasectomy “your father’s vasectomy” because I remember when my father had it, and he was on the couch unable to move for days. That is just not how the recovery is anymore.

Patients need to have a day or two of couch time at home trying to minimize movement. Sure, it’s a little sore; it can be a little swollen for two or three days, but generally speaking, it is very well-tolerated. By four days after the procedure, most men can start to get back to normal activity. It takes seven to 10 days to resume physical activity and sex.

What are the risks of a vasectomy?

It’s a very safe procedure, and the risk of complications is very low, affecting approximately 1 percent of patients. There is a small risk of bleeding under the skin, minor infection or chronic discomfort. The discomfort generally gets better with time and conservative measures. The risk of pregnancy after vasectomy is about 1 in 2,000, as a man never stops making sperm and it’s possible for sperm to make their way across the vasectomy site. But that is the lowest risk of failure of all forms of birth control.

After a vasectomy, is birth control completely achieved or is there a waiting period before the vasectomy takes effect?

There’s a waiting period. It takes about 90 days.

After a vasectomy, a man will still be ejaculating normal sperm for 10 or 20 ejaculations.

I like to say you’re still firing live ammo until you come back for your semen analysis, which we do 90 days later. For this reason, it’s incredibly important men know that they have to continue to use contraception until no sperm are confirmed on the semen analysis.

The total cost is around $1,000 for a vasectomy. It’s almost always covered by insurance, but if the patient hasn’t met his deductible yet, he may end up paying out-of-pocket for some of it.

What advice do you have for men thinking about getting a vasectomy?

The biggest thing is to be sure about it. When patients come in to talk about it, my first question is, how do you feel about it? How did you make this decision?

A satisfied patient is going to be someone who has really thought about it and has come willingly, knowing it’s going to be permanent.

That’s why I think it’s extremely important to have a consultation with the surgeon ahead of time. There are some physicians who will offer same-day vasectomies, but studies show that when men have time to consider the physician’s advice, go into the office and learn about the risks, and understand what to expect, they’re a lot more satisfied with the procedure.

Does a vasectomy change anything about a man’s sexual abilities, other than the fact that he can no longer get a woman pregnant?

There’s absolutely no difference. A recent study actually found that men’s libidos are higher after a vasectomy.

There’s maybe 5 to 10 percent less volume to a man’s ejaculate, but that really isn’t noticeable for most people.

Does a vasectomy increase the chance of having prostate cancer?

No. There have been a lot of studies on this, and it is conclusive that there is no connection between vasectomies and prostate cancer.

In general, they are reversible. I think about it like getting a tattoo. You’re making a decision that you know—generally speaking—you’re going to live with for the rest of your life. There are ways of going back and changing a tattoo or having it erased, but for most people you’re just going to live with it.

I do vasectomy reversals often, but it’s almost always because of an unexpected life event that makes a man change his mind about having children. People who get vasectomies generally do so because they want a permanent solution.

Only about 5 percent of men who get vasectomies end up getting them reversed.

Why do so few men get their vasectomies reversed?

Reversals are a little harder to accomplish than vasectomies. They’re also more expensive and typically not covered by insurance. So not everybody who wants a reversal ends up getting one.

A vasectomy is generally not recommended for men who are very young, single or without children. Those are risks that put a man at a higher risk of regret. Of course, there are exceptions.

But if you’re a happily married man with two kids or more, and you’re in your 30s or older, it’s very likely going to be a great decision.

Do people seem to be pretty happy overall with the no-needle, no-scalpel vasectomy?

I am! I just had one last week.

You’re not only the surgeon, you’re also a patient?

Exactly. It’s a decision that comes to every man eventually. If you’d asked me a couple of years ago, I would have been less certain about when a vasectomy would be right for me, but we had another child this year, and eventually you say enough is enough.

I see the procedure day in and day out and know it’s successful and well-tolerated, so I had absolutely no reservations about it.

A lot of men eventually will take birth control on as their responsibility in the relationship, to shut down fertility going forward for the couple, and this makes a lot of sense because it requires nothing more than a 20-minute procedure.