The new fistula unit at Bwaila District Hospital has a new major theater and a 28 bed inpatient unit.

On July 22 the new fistula unit at Bwaila District Hospital in Lilongwe officially opened. Joining Dr. Jeffrey Wilkinson, with UNC Global Women’s Health, was Malawi President Joyce Bana and Anne Gloag from the Freedom from Fistula Foundation. The unit has a new major theater and a 28 bed inpatient unit.

The Freedom from Fistula Foundation (FfFF) has 4 centers of Excellence for Obstetric Fistula Surgery in Sub-Saharan Africa: Sierra Leone, Liberia, Kenya and now Malawi. FfFF founder, Dr. Ann Gloag has a long history in Malawi dating back to when she ran the national bus company there in the 80’s. In Lilongwe, Malawi, the center is located at the Bwaila Maternity hospital, one of the busiest maternity hospitals in southern Africa with over 15,000 deliveries per year. Since the fistula care center began work in 2010, 450 women have been screened for fistula and 265 surgeries have been performed. Dr. Wilkinson, an associate professor with the University of North Carolina Department of Obstetrics and Gynecology, joined the team in September of 2011 and has played an integral role in the expansion of the center and opening of the renovated unit. The renovated unit is located in the old Bwaila maternity unit which was unoccupied for over 4 years. On July 19, Dr. Gloag and the recently inaugurated president of Malawi, Joyce Banda, attended the official opening of the center. There were 45 patients in the wards, 30 of whom had surgery in the last week. Many former patients joined the celebration. President Banda met each patient in the wards, shook each of their hands and gave them some gifts including a nice warm blanket for the winter nights which are upon us now in the southern hemisphere. The Vice President (who is also the Minister of Health) was in attendance as well.

Below is press coverage from Malawi about the unit’s opening and how it has helped women.

Malawi President Joyce Banda on Thursday called upon people in the country to stop discriminating against women with fistula.

President Banda made the call in Lilongwe when she opened a Fistula Care Centre at Bwaila District Hospital run by the Freedom for Fistula Foundation (FfFF).

“I am aware that one of the most pressing challenges women who have fistula problem face is social integration and acceptance by the society,” she said.

“It is sad to see such women often alienated from their families and community to the extent that they find it difficult to return to their homes even after being assisted.I wish to appeal for an end to stigma and discrimination against women with fistula,” the President said. Read more….

260 Malawi women treated from Fistula since 2008

The Freedom from Fistula Foundation (FfFF) says it has managed to repair 260 women with fistula since the centre started its operations in 2008.

Disclosing this to reporters at a news conference in Lilongwe on Tuesday, Dr Jeffrey Wilkinson, board certified Obstetrician Gynecologist and faculty member at the University of North Carolina and currently working in Malawi, said apart from repairing 260 women with fistula, the centre has also managed to screen 450 women with the condition and re-admitted young mothers to secondary schools. Read more… 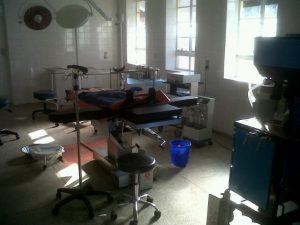