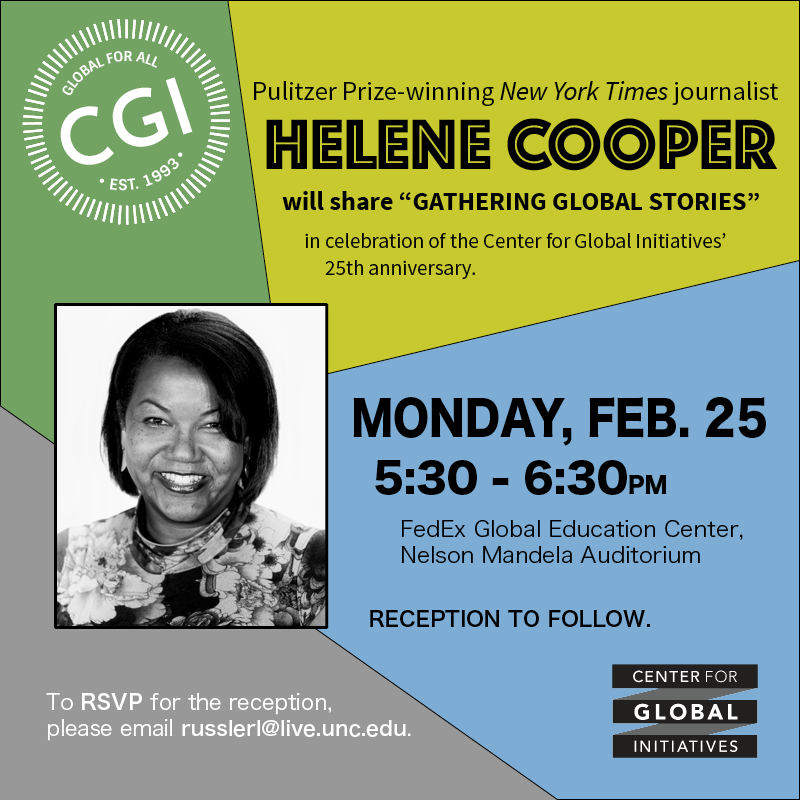 CGI is honored to host Pulitzer Prize–winning Pentagon correspondent for The New York Times and UNC alumna Helene Cooper, ’87, for a public lecture, “Gathering Global Stories.” Cooper will share how her experiences at UNC prepared her for a global career as a journalist covering international economics, trade, foreign policy, race and politics.

This event commemorates the 25th anniversary of CGI, and a reception will be hosted after the talk to celebrate. To RSVP for the reception, please email russlerl@live.unc.edu.

In 2015, she was part of the team that won the Pulitzer Prize for international reporting, for her work in Liberia during the Ebola epidemic. She is also the winner of the George Polk award for health reporting (2015) and the Overseas Press Club Award (2015).