In 2019, we welcomed the inaugural cohort of students in the Global Health Scholarly Concentration. Each student was asked to reflect on their desires and interest in global health – what most interested them about global health and if there was a person, experience, or specific study that inspired them. 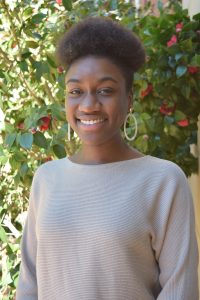 Amy is interested in global health because she believes it is an opportunity to address the needs of communities that have been systemically under resourced, whether intentionally or unintentionally, by providing people access to tools and expose them to a mindset that will allow them to live a quality life. She believes global health can reach populations suffering from preventable ailments and it excites her to think she will be a part of that intervention.

Her interest in global health stemmed from her propensity to “stand up for the underdog” even as a young child. Later experiences included shadowing a UNC palliative care geriatrician from her alma mater and serving as a junior healthcare volunteer at a public hospital in Ghana. While there, she helped deliver donated resources to the hospital and had the opportunity to scrub in on several surgeries. This experience confirmed her desires to incorporate global health work into her future medical career. 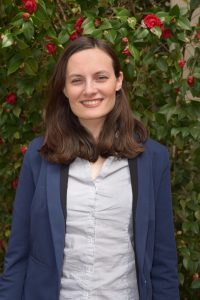 When Rebecca started her undergraduate studies, she thought she wanted to pursue political science. However, she took an environmental science course that challenged her to think about the impact of our environment on human health – such as food shortages, agricultural patterns, heat waves and mosquito distribution. This sparked her interest in global health and while her focus has shifted from the environment, she is interested in neglected tropical diseases and would like to continue learning and researching infectious diseases and epidimeology.

Becoming an Albright Fellow at Wellesley College provided Rebecca the opportunity to travel to the Dominican Republic and conduct medical research. She reflects that she felt frustrated because she could not understand the medical chart reviews, but enjoyed combining her Spanish language skills and biology knowledge. She later returned to the Dominican Republic to work at an HIV clinic and continue research. Rebecca also obtained her Masters in Public Health at UT Galveston and worked at the Houston health department conducting interviews to screen for Zika virus. 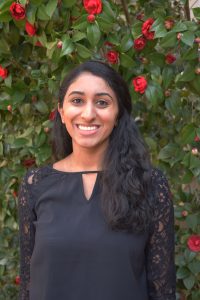 What excites Sahana the most about global health is the possibility of bringing communities together through the informed provision of healthcare.  Health and illness are universal human experiences and she believes that global health can significantly reduce the occurrence and impact of conflict in societies around the world. he became particularly interested in the intersection of healthcare and peace-building after studying the role of healthcare workers in post-genocide reconstruction in Rwanda. Sahana traveled to Rwanda and spoke with genocide perpetrators, rescuers, and victims. She gained a better understanding of what it meant to live through a time of seemingly perpetual terror; what inspired violence, heroism, and strength in desperate times. This led to research poring through MSF literature about the 1994 genocide and interviewing healthcare professionals throughout the country.

Sahana’s research interests include the delivery of mental health services in a conflict and post-conflict setting, she would like to work to address barriers to care for refugee children. She has already become involved with the Refugee Community Partnership, which provides a broad array of services to a Congolese family in the RDU area, and will be participating in the N-648 clinics to come. 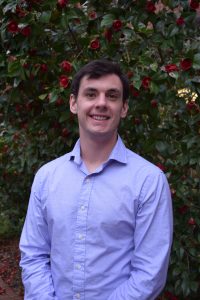 Sean is interested in the connection between environmental policy and global health. He hopes to be on the front lines of mitigating the negative effects of climate change on our population. Sean hopes to study the environmental and legislative determinants of health in developing nations ravaged by the effects of rising sea levels, drought, and climate change to develop the competencies to establish lasting medical and nutritional interventions for these disadvantaged, at-risk communities in the future.

Living among the indigenous communities of northern Papua New Guinea sparked Sean’s desire to pursue global health. He served as president of the board of directors for the humanitarian NGO, Bismarck Ramu Group (BRG),and had the unique opportunity of empowering rural Papua New Guineans through the promotion of local land rights, environmental preservation, gender equality, education, and shared decision making regarding development. This exposed him to many exploited communities and led him to quickly realize the substantial impact of global legislation on remote rural villages, and how these laws indirectly impacted the health of many. Sean worked with indigenous communities throughout Papua New Guinea that had been forcibly removed from their traditional land for international mining projects and subsequently subjected to a life of poverty, overcrowded quarters, and malnutrition. 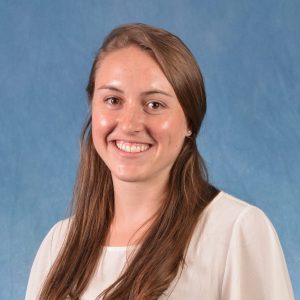 Camille’s interest in global health comes from an interest in the opportunity to learn from people, communities, and environments different from her own. Growing up and through college, she had opportunities to observe and participate in strong cross-cultural partnerships both in the U.S. and abroad, and was inspired to find a career path that would allow her to serve in a similar manner. As an undergraduate, she discovered public health as a path that integrated science and direct service with people, and has spent time in Bolivia, Malawi, and the Democratic Republic of the Congo (DRC) assisting with water, sanitation, and diarrheal disease community research projects.

After working with various international partners to improve non-communicable disease care as a fellow at the National Cancer Institute’s Center for Global Health, she decided to pursue medicine and public health graduate training. She came to UNC to develop an interdisciplinary skillset to study health and disease, with hopes of combining geographical, genomic, and epidemiological approaches to understanding various diseases that afflict populations around the world. She enjoys trying to learn new languages, and as a lifelong soccer player, she also hopes to continue connecting with people through sports.