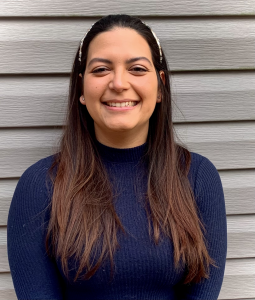 Christina Orantes, for much of her undergraduate studies, was sure she would become a Physician’s Assistant working with underserved Hispanic populations. As her father’s side of the family immigrated from El Salvador, she felt a special connection with those who had limited access to medical care as her family did. When she took two medical mission trips to Nicaragua, she experienced firsthand the roles of a physician and their impact on underserved communities. She realized her path was to work within these systemically under resourced communities and she began pursuing a career as a global health physician.

As Co-Director for the SHAC Refugee Health Initiative and an aspiring MD-MPH student, Christina is eager to learn more about the societal, institutional, environmental factors that impact the care of underserved and rural communities on both a domestic and global scale. She is hoping to become an important advocate to assist those with limited access to medical care while working towards community initiatives to improve health literacy 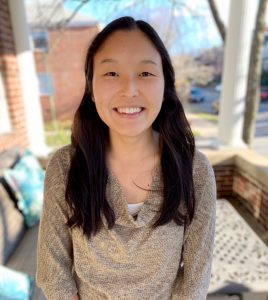 Julia Kuno first became interested in global health during her second year at the University of Virginia, after a trip to Nicaragua where she had the opportunity to observe the work of local physicians who had the challenging task of caring for the most underserved populations with extremely limited resources. By the end of college, she knew she wanted to become a physician, but yearned for an experience that would allow her to explore the public health sector internationally before embarking on the long journey of medical school. This interest led her to serve as a Peace Corps volunteer in Guatemala for two years after graduation. During this time, she lived and worked in a small, rural town training community members and elementary school students in health topics such as hygiene practices and nutrition. She also helped to coordinate activities and events focused on combating acute and chronic malnutrition.

Julia continues to work towards serving her community. As a community chair of the UNC Latino Medical Student Association, she looks forward to supporting blood pressure and glucose screenings at a Spanish-speaking church in Durham, NC in the coming year. She is also a student physician for a cardiology clinic that provides free health services to uninsured and underinsured patients. She strengthens her Spanish language skills through participating in CAMPOS, a UNC initiative geared towards training bilingual medical students and physicians. She is interested in pursuing research centered around infectious diseases in Latin America and how to contextualize solutions in an ethical manner. 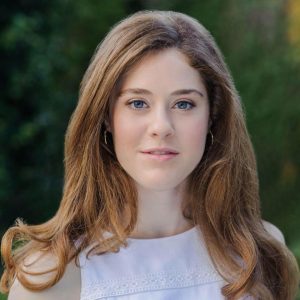 Katherine Drew, a former Stamps Scholar and undergraduate at the US Naval Academy, enjoyed every opportunity to learn from people, communities, and cultures different from her own. She studied post-conflict reconstruction and peace building and worked as a primary school teacher during a semester abroad in Ghana. There, she realized how a multi-pronged deficit of reliable transportation, trained healthcare professionals, and adequate infrastructure can hinder access to both education and healthcare. She later grappled with the global burden of disease during a tropical medicine practicum with Naval Medical Research Unit 6 in Peru.

Katherine Drew hopes to dedicate her career to serving the most vulnerable at home and abroad. As a future US Navy physician, she will forge strong global partnerships to enhance her capacity to address health security concerns and advance the health of local populations, especially women and children affected by conflict. Since spending time in post-earthquake Haiti, Parker has spent much of his life seeking to better understand the variables that impact the health of different populations, specifically children, across the world. In high school and college, this took the form of helping direct a non-profit to build meaningful partnerships between local communities in North Carolina and change makers in sub-Saharan Africa. As a Goodnight Scholar at NC State, he received grants to further his education about the variables dictating health outcomes in Sierra Leone, Ghana, South Africa, Kenya and Malaysia. Through these experiences, Parker had the opportunity to take classes and work under leaders in public health in various different contexts. Each community was fighting for better health through different strategies, but individuals such as Ken Aboagye, Miles Macleod and Dr. Catherine Hoyo each showed him how one could leverage their specific skills to catalyze change for others.

As a medical student and future physician, Parker is interested in the effect displacement and non-permanent living conditions have on pediatric cancer incidence and survival. He believes one of his callings as a physician is to bridge the gap between academic medicine here in the United States and those who have been prevented from accessing its benefits globally. In few places is this less apparent than in pediatric cancer, where cure rates in the US have continued to rise while much of the developing world has yet to see significant improvement. His great hope is that his career will be marked by research and care that expands the population of patients impacted by medical breakthroughs. 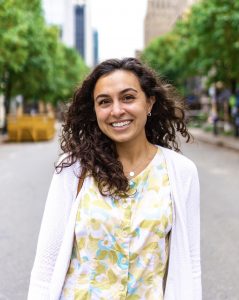 Stephanie Peres-da-Silva’s experience growing up in a multicultural home gave her an early appreciation for the ways that culture and language affect interpersonal relationships. This interest led her to pursue bachelor’s degrees in Applied Linguistics and Spanish at Washington University in St. Louis. While studying abroad in Santiago, Chile, she participated in a program through the nursing department at her host institution that allowed her to shadow in public hospitals, private clinics, and nursing homes in and around the capital city. During her time in St. Louis, she also worked as a Research Assistant at the Contraceptive Choice Center on studies investigating contraceptive efficacy and satisfaction.

After graduating, she worked as a Social/Clinical Research Assistant with UNC’s Global Women’s Health and Perinatal Research Departments. She coordinated patient enrollment and participation in English and Spanish for research studies investigating ultrasound machine learning technology, pre-term birth, and gestational diabetes. The year before starting medical school, she traveled to Aguascalientes, Mexico where she worked as a Fulbright-García Robles English Teaching Assistant at a public, technical university. Stephanie hopes to further pursue her interests in women’s health, health justice, and the care of Latinx patients in both the US and Latin America.