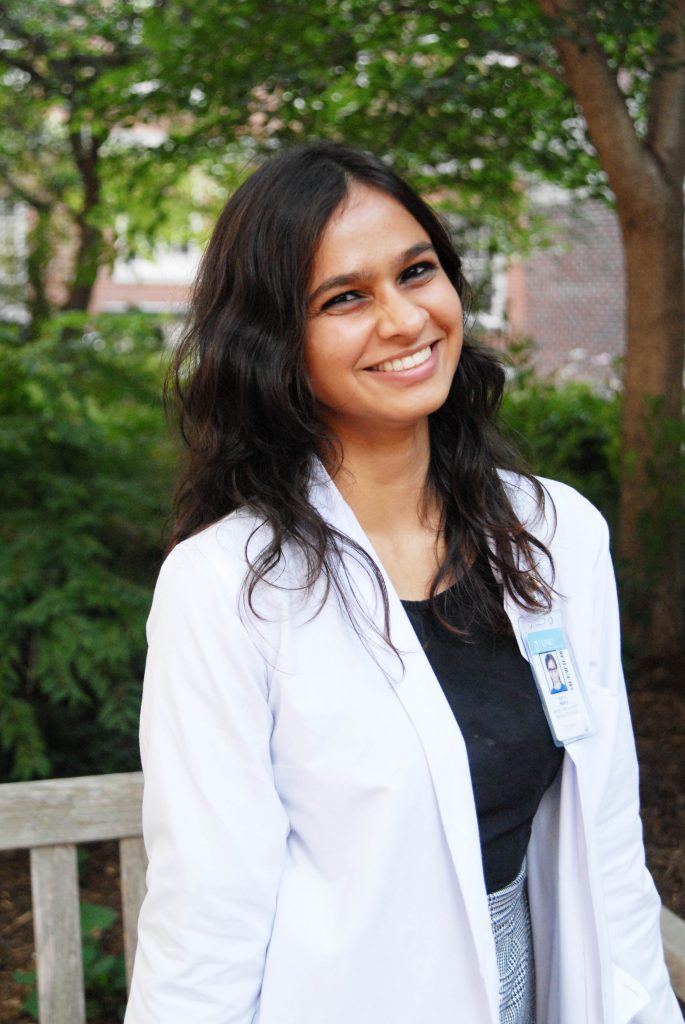 This was my first elective- first time I was doing the elective, so I didn’t know what to expect much, but what I liked about it- people here are very helpful. If you have doubts, if you have any problem, they help a lot and they’re very approachable that way. So, that I liked a lot. And plus, the cases that I saw were very different from what I see in India. The approach they take, the way they counsel patients, even that is very different from what I have seen in India and I think that stood out the most.

It’s a very patient-oriented approach, and there’s a lot of patient involvement. Like, today we had a meeting with all the departments and the mother of a child who was in the PICU who was admitted for some reason. It was a very generalized approach, they were trying to tell the mom what they are doing and asking HER what she feels about it, if she feels that they can do anything differently or more than they are doing- which is what I like.

What advice would you give to other students who are looking to do electives here, or in the US in general?

It can be very overwhelming, especially if it’s your first time in the US, it can be very intimidating, so just be yourself and there’s nothing to be afraid of. That’s what I learned because I was scared when I came. Just be confident about what you know and what you do because the way that they do things here can be very different from the way they do things in your home school, and you might feel a little out of place or you might start doubting yourself, thinking that you don’t know stuff. But it’s alright, I think people here understand that you’re from a different background, so it’s alright to just be yourself.

When my second month started, it was new for me because in my last rotation I was with outpatient and this rotation I was with inpatient, so I was feeling a little, you know, doubtful about myself in the first week because I didn’t know what to do. And then I talked to my attending and I told him that I might be a little nervous about this, and I might feel that I’m not knowing much because it’s very different- and he was completely understanding about it. He said he doesn’t expect me to come to the US and jump around knowing everything. They actually allowed me to take my time, so that was good.

I think studies are important, but I think everyone that comes here is at the same level study-wise. I think it’s very important to be verbal about everything. If you have a problem, I think that’s what they consider most important, is being verbal. You can just accept that you don’t know something, and they’ll be fine with that. Or, if you do know something and you give your opinion, that’s really important. They consider that strongly.

What was a highlight from either of your electives?

When I joined this elective, I had a patient who was undergoing dialysis, and he had some chronic mutations and he was probably going to be on dialysis for a very, very long time, because his kidneys were not working at all. And then, in my second week, just before he was going to start dialysis at home- we got a call that he was going to get a kidney. So, I got to see him before his transplant, I saw his transplant surgery, and then I got to see him after his transplant, and it was SO amazing! The emotional level of the family- it was just amazing to see that. I felt like crying. I had never seen anything like that before. I told my attending that I felt like going and hugging them, it was so great.  He’s getting discharged next week.