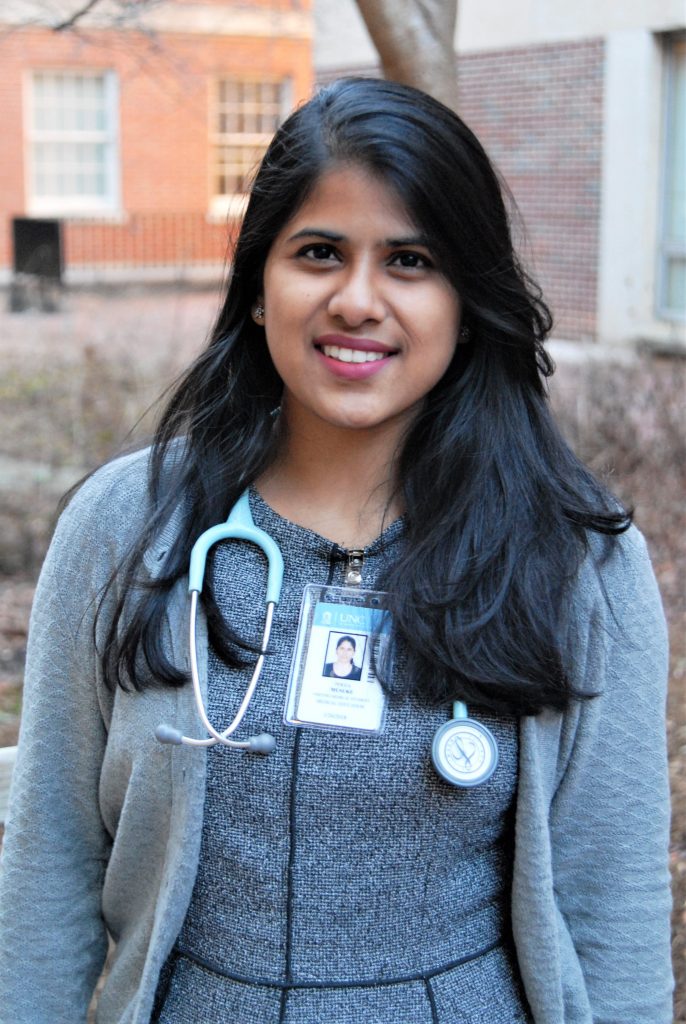 How would you describe your team?

Firstly, the faculty is SUPER sweet. I think the word I’d like to use is “approachable”- at least compared to how it was in my Med School, people are very approachable here. They’re very sweet, really approachable. They really want to teach you I think, that’s what was the most interesting thing for me because they always wanted to teach me and ask me if I was having any doubts and things like that.

What is the main takeaway you’ll remember from this elective?

There’s something called Functional GI disorders which is just dismissed in our books, and here it’s such a huge deal. You can see how excited I am about this, I mean, here it’s like half of the cases, and I’ve come to learn so much about that- which is just amazing. So for me, that’s the main takeaway from here- just reading and learning about Functional GI disorders. Apart from that, the faculty is also just so sweet- everybody’s super sweet. Since I don’t have a car, the doctor takes me to the Raleigh clinic, and drops me back off, so that’s so good.

I’ve also learned a lot about helping Geriatric patients. You know, there are different kind of patients, and depending on their mood, we kind of alter what we are saying- so some people like humor, some people don’t, some people are more serious- so I got to learn that a lot from Dr. Mir and Dr. Sylvester. So really it was all of that- it was the science that I learned, and then them being so approachable, I want to take that back from them and also learn to be like that– approachable, and good- They do their job so perfectly and then also being, you know, like the Chief of GI but being so approachable is so great

Back in India, when professors come in we have to stand up, and then we only say “Sir” or “Ma’am.” Here, they’re like “Don’t! Don’t call me Sir!” They want me to call them by their first name- which is never going to happen, so I at least settled with their last name. I still probably say “Sir” some, but I don’t know it’s just been awesome. I got to learn a lot, considering this is my first elective in the States, like how people interact with people and talk, and the environment and everything- it’s been awesome.

This being the first experience for me here in the hospital, just the way to interact with your colleagues, how to interact with patients- I’m never going to forget that because I got it from here and I got to see how my doctors here are doing it. So, I want to take that back from here and try to incorporate that into my behavior. I think that will forever be the first thing I think of.

What advise would you give to other students entering this situation?

Don’t be too stressed. Don’t start reading books and everything during your elective, because you’re going to get the most out of seeing how they’re talking to the patients and how they’re doing everything. Just don’t sit in the clinic and try to read stuff- I mean, you have to read, but try to stay focused on how everything is running in the hospital and how the system works and stuff like that.

I wish that I had gotten accommodation nearby to Franklin Street. I didn’t, I stayed about 3 miles away, and some people were within walking distance, so I wish that I would have gotten something closer to campus. Most of us use the public transport, and you can get away with that, but if you could just have walking that would be great. Especially because, if it’s winter, it’s getting dark at 5- and I want to stay at the library late, and I don’t want to be walking far in the dark.

It’s quite new here- everything is new. But it’s GOOD at least. It’s new and good, there’s not anything bad. It’s a good kind of new. .