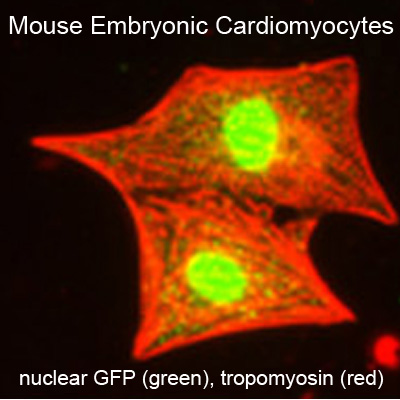 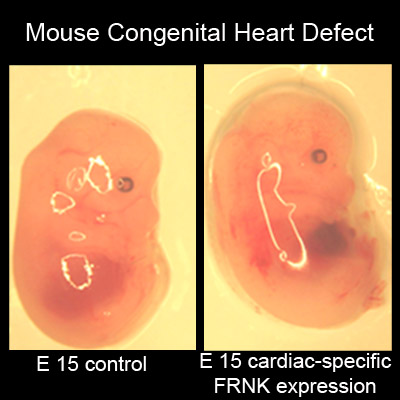 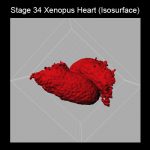 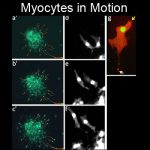 We interrogate the signals that govern cardiac growth during development and in the adult heart in response to surgically induced pathologic stimuli such as pressure overload and ischemia that mimic hypertension and myocardial infarction-induced injury,respectively. With respect to cardiac development, we are particularly interested in the signals that control the neonatal transition from proliferation-competent cardiomyocytes to those that are terminally differentiated as this permanent withdrawal from the cell cycle underlies the limited capacity or the myocardium to regenerate. In order to reverse the injury-induced loss of muscle mass that can culminate in ventricular dysfunction and heart failure, recent efforts have focused on either delivering progenitor cells to the heart to generate new cardiomyocytes or coaxing existing myocytes surrounding the injured region to undergo cell division. Regardless of the approach taken, it is clear that a better understanding of how the myocyte cell cycle is controlled will enhance the effectiveness of therapy. While several studies have defined the positive and negative cell cycle regulators that influence myocyte proliferation, numerous questions remain in this field including 1) what are the upstream activators and downstream signals that regulate embryonic cardiomyocyte proliferation? 2) what causes neonatal cardiomyocytes to undergo permanent cell cycle withdrawal and 3) under what circumstances can adult mammalian cardiomyocytes undergo DNA synthesis and cell division? The Taylor lab focuses on identifying novel signals that regulate each of these processes. We utilize mouse models that mimic aberrant myocardial remodeling associated withseveral congenic disorders. We also continue to unravel the signaling cascades that govern pathologicalhypertrophic growth. To this end, we utilize mouse models in which we can engineer tissue specific-deletionor ectopic expression of signaling proteins in the intact myocardium coupled with surgical manipulations (see Model Systems).