Inhibitory Siglecs are present on key immunologic cells in food allergy, for example Siglec 2 (CD22) on B cells, and Siglec 3 (CD33) on mast cells and basophils. Our research aims are to target these Siglecs to delete peanut allergen-specific B cells and inhibit degranulation of mast cells and basophils via STALs (Siglec-engaging Tolerance-inducing Antigenic Liposomes). Specifically, we have demonstrated that Ara h 2 CD22-STALs prevent the production of Ara h 2-specific IgE in a mouse model of peanut allergy. More recently, we have generated data indicating tolerance of memory B cells following STALs treatment. Ongoing studies aim to build on promising preliminary data demonstrating the utility of Ara h 2 CD33-STALs to prevent basophil degranulation.

Sensitization to peanut through the airway

Mechanisms underlying sensitization to foods are not well understood. Recently, the dual allergen exposure hypothesis has posited that non-oral routes of exposure, prior to oral exposure, lead to the development of food allergy. Cutaneous exposure has been the focus of many studies, but we are interested in the airway as a route of exposure. Specifically, we have developed a mouse model demonstrating sensitization to peanut can occur through the airway using house dust extract as an adjuvant. 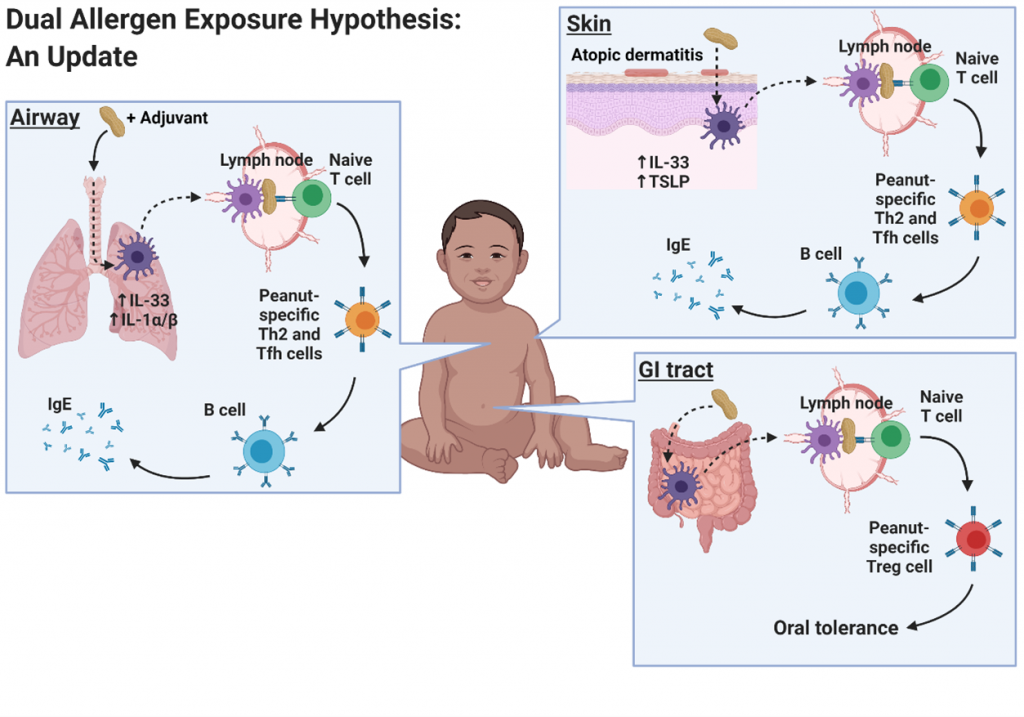 Over the past five years, we have tested several strains of mice from the UNC collection of Collaborative Cross mouse strains and identified one in particular, CC027/GeniUnc, that is susceptible to developing peanut allergy. Importantly, these mice can be orally sensitized to peanut, in the absence of a Th2-skewing adjuvant, and react upon oral challenge to peanut. We have identified differences in immunologic responses between CC027/GeniUnc and other strains of mice, including increased number of mast cells in the gut, decreased Tregs, and lower levels of fecal IgA. Furthermore, there are distinct gut microbiome differences associated with the development of peanut allergy, including lower levels of Akkermansia. 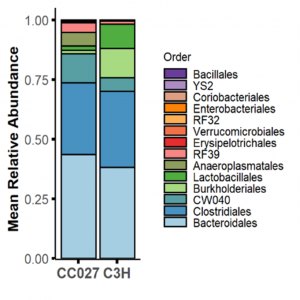 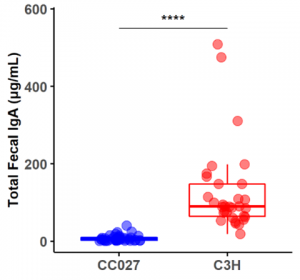 The UNC FAI is home to the NIH-sponsored Consortium of Food Allergy Research (CoFAR) Central Biomarker Facility. In this role, we perform two major functions: conducting biomarker assays and acting as a repository for biological specimens generated from clinical trials. In particular, we are performing basophil activation tests (BATs) and serological measurements of food-specific antibodies for the ongoing OUTMATCH study. Within the repository, UNC houses serum, plasma, PBMCs, saliva, stool, and urine. We will also play a key role in the SUNBEAM birth cohort study quantifying food-specific antibodies and storing biological samples.