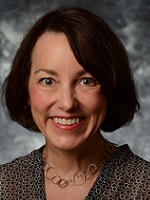 Dr. Perkins’ research activities include psychosis risk prediction and early intervention, as well as investigations of the genetic basis of schizophrenia. She is in the last year of the NIMH 2.9 million five-year multi-site U01 grant, 5/8-Predictors and Mechanisms of Conversion to Psychosis (NAPLS). Included in this project, Dr. Perkins chairs the project workgroup on biospecimen collection. She is co-investigator on the NIMH funded Conte Mapping Project (Ayse Belger, PI), which aims to compare the brain development trajectory using MRI and electrophysiology studies of individuals at risk of psychosis due to having an affected first degree family member compared to those with no affected relative. Dr. Perkins continues to have a strong interest in developing a genetics research program. She is UNC site investigator on a multi-site NIH grant headed by Carlos Patos that will collect DNA from 10,000 schizophrenia and 10,000 unaffected subjects. In addition to contributing blood samples to the NIMH, a UNC biospecimen repository was established to store DNA, total blood RNA, plasma, and cryopreserving white blood cells. Dr. Perkins has discovered a method of culturing small pluripotent stem cells from peripheral blood. The plan is to transdifferentiate these cell lines to neuronal stem cells with the aim of studying the genetics of neurodevelopment in schizophrenia. Dr. Perkins continues to work with developing protocols to study neuronal stem cells from the olfactory epithelium and investigating microRNAs in schizophrenia. 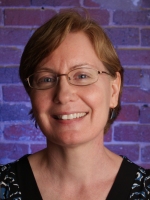 Dr. Graham’s expertise is in the areas of early identification and treatment of psychotic illnesses, and her clinical work, research and teaching all focus on this. Psychotic disorders are common, often debilitating, illnesses. Her belief is that with early recognition and appropriate intervention the degree of disability can be substantially lessened. Complimenting her clinical work as psychiatrist with Outreach And Support Intervention Services (OASIS), a multidisciplinary team program treating those at risk for psychosis and those in the early years, is research centering on early recognition of at risk individuals. Currently she is a co-investigator on the North American Prodrome Longitudinal Study, a large multisite observational study investigating predictors of conversion to psychosis in those at risk for developing psychotic illness. She is also involved in studies of the mechanism of weight gain with antipsychotics and interventions to curb this. Recently she has completed an investigation of the efficacy of a cognitive remediation program to aid those with schizophrenia and significant problems with cognition.

Ms. Nieri received her BA in Sociology in May of 1991 from Washington College, Chesterfield, MD and her MSW in Clinical Mental Heath in May of 1996 from the University of Maryland at Baltimore. Her extensive Social Work training includes the Sheppard and Enoch Pratt Hospital in Towson, MD, and the University of MD Community Psychiatry in Baltimore. Ms. Nieri worked as a Taylor Manor Hospital Clinician from 1996-98 in Ellicott City, MD, after which she joined University of North Carolina’s Department of Psychiatry Staff. As a Clinical Social Worker, Ms. Nieri served with distinction as a key member of the Schizophrenia Treatment and Evaluation Program (STEP) from 1998-2001, when she then accepted her current rank as Faculty. Ms. Nieri is an active clinician and researcher, with a current focus on the prodromal phase of schizophrenia. She has functioned as the assistant director of the Clinical and Functional Outcomes Assessment Unit of the NIMH funded CATIE Project, responsible for clinician rater training at the 54 participating sites involved in this multicenter project. She has also helped develop educational and cognitive behavioral therapy materials for patients with psychotic disorders and their family members. Her interests involve first episode and early intervention treatments and community education and awareness of psychotic disorders. She is a member of the International Early Psychosis Association She has several publications to her credit including a chapter in the textbook Comprehensive Care of Schizophrenia.

Rachel joined the PRIME Research Program in February of 2021 with a working knowledge of the UNC Department of Psychiatry, having worked with another Psychiatry research lab throughout her time as an undergraduate at UNC. She is the lead study coordinator for the ProNET and LTF Studies and has worked in an administrative role on the Early Psychosis Intervention Advisors of North Carolina Project EPI-NC.