Dr. Alvarez received her medical license from the Universite de Santiago de Compostela in Spain in 1981. She then completed her radiology residency at the Juan Canalejo Hospital in La Coruna Spain in 1985 while working at a family practice in Lugo Spain through 1984. Between 1985 and 1988, Dr. Alvarez completed a neuroradiology residency at Pitie-Salpetriere Hospital in Paris, France. From 1988 until 2007, she worked at the Hopital Kremlin Bicetre in Paris, France. 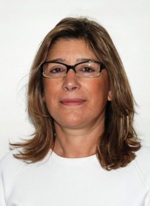