The Department was pleased to welcome Clinical Associate Professor Thangavijayan “Vijay” Bosemani, MD, in May 2019 as the newest faculty member joining the Cardiothoracic Imaging division. Dr. Bosemani joins this team under the direction of Division Chief Dr. Leon Bacchus. 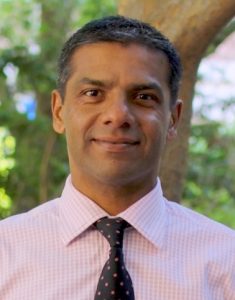 After four years of General Surgery training (1999-2003) at the Royal College of Surgeons of Glasgow, Scotland, he became a MRCS (Member of the Royal College of Surgeons of England).  Over the next eight years, he completed two residency programs: 1) Diagnostic Radiology residency (2003-2008) at the Royal College of Radiologists (United Kingdom); and 2) General Surgery residency (2000-2003) at the University Hospitals of Birmingham (United Kingdom). After working as a Consultant Radiologist (2008-2011) at Broomfield Hospital in Chelmsford, United Kingdom, he returned to training, completing his Cardiothoracic Imaging fellowship at the University of California – Irvine (2011-2013). Dr. Bosemani spent the following two years (2013-2015) as a Consultant Cardiothoracic Radiologist at KG Hospital in India (Coimbatore, Tamil Nadu) before returning to the University of California – Irvine to join faculty as an Associate Professor of Radiology (Cardiothoracic Imaging) in 2015.

Bosemani stated: “I am excited about the opportunity to join the faculty at UNC. I enjoy the role of an academic radiologist in being able to contribute to the training of residents, fellows and medical students, and also to participate in research activities. I strongly feel that both academics and research provide a robust platform in bringing out good quality radiologists.”

The Department was pleased to welcome Travis Patterson in September 2019 as the Clinical Research Division’s newest Clinical Research Assistant. As one of four Division members in this position, Travis works under the direction of the Department’s Associate Director for Clinical Research Operations Terry Hartman. Tyler works in patient recruitment, a database building (REDCap) and data entry on a team that supports clinical and translational Department faculty researchers. 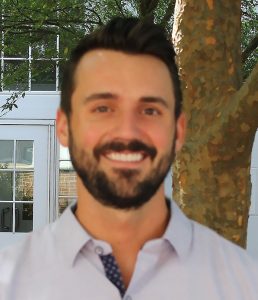 Prior arriving at UNC, Mr. Patterson worked as a meteorologist at the Weather Channel and Fox News. He received his BS in Meteorology and his BA in Journalism from Pennsylvania State University in 2014.

Travis notes: “Throughout my previous careers, I’ve always enjoyed connecting with individuals in a way that provided pertinent and timely information to improve their lives. I see that continuing to be the case here within the [Department of Radiology], albeit in a much more significant way.”

The Department was pleased to have Monique Worthington, MBA, join the Contracts and Grants division in July 2019 as a Budget Analyst. Monique’s dedicated time within the Department is linked to overall scope of work in the same position at UNC School of Medicine’s Office of Finance and Business Operations.  Monique’s duties supporting faculty researchers with funded basic science and clinical research projects include: 1) pre- and post-award management of sponsored projects; 2) bi-monthly account reporting; 3) personnel effort forecasting; and 4) ensuring compliance with both federal sponsor requirements and UNC Office of Sponsored Research policies. 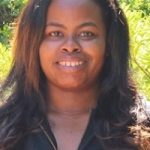 Prior to joining the Department, Monique worked for UNC School of Medicine (SOM)’s Department of Neurology (2015-2016). She joined the SOM’s Office of Finance and Business Operations a year later, working for a range of SOM divisions and departments, including Neurosurgery and Otolaryngology (ENT) (2016-Present).  Academically, Monique received both her B.A. in Business and Economics (2012) and MBA (2014) from the University of Maryland – College Park.

She notes: “I am excited to start work with the Department of Radiology. The mentorship that I have received throughout my time within the School of Medicine has inspired me to continue in research. In this position, I believe I will be able to utilize the knowledge I’ve received within the Finance and Business Office as well as in my previous departments, as well as continue to broaden that knowledge with the Department of Radiology.”