Mucus forms a major component of the lung’s 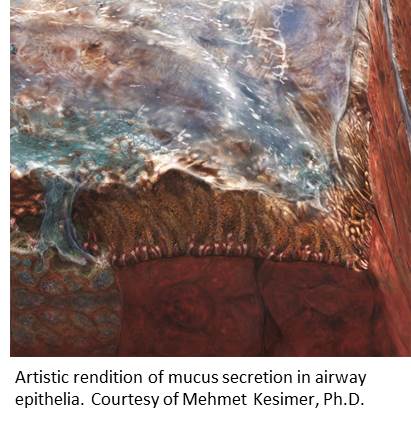 innate defense system and acts as the first line of defense to inhaled biological and chemical substances. Under normal conditions, the biophysical properties of mucus (i.e., its ability to be cleared from the lung) are mostly influenced by MUC5B and MUC5AC mucins. However, chronic smoke exposure leads to goblet cell metaplasia and mucin hypersecretion, as well as mucus dehydration. Furthermore, mucus from smokers has an altered composition, including changes in its MUC5B/MUC5AC ratio, which suggests that its biophysical properties have been altered.

Using mucus from human subjects, the first aim of this project is to assess the impact of smoke from cigarettes and new and emerging tobacco products (NETPs) on the biophysical and barrier properties of mucus including its integrity, polymeric structure and maturity. To accomplish this, we will compare samples obtained from non-smokers (NS), cigarette smokers (CS), hookah smokers (HS), and little cigar smokers (LCS) (n = 20 subjects/group). CS, HS, and LCS-exposed populations will be stratified based on their responses to the protocol questionnaire and will be healthy adults aged 18-45 years with no underlying medical problems. Specifically, we will identify changes in the viscoelastic properties of airway mucus; changes in total and individual gel forming mucin concentrations; and changes in mucin structure, including its oligomeric and glycoforms among the study groups.

After identifying changes in the biophysical properties of mucus, we then aim to identify specific “mucomarkers” in response to these products with respect to the muco-proteome and the mucin interactome in human bronchial epithelial cultures, mouse bronchoalveolar lavage (BAL), human BAL and induced human sputum samples. We will identify mucomarkers by employing mass spectrometry based label free quantitation and compare results between exposures to different tobacco products (e.g., cigarettes, little cigars, hookahs).

The final aim of this project is to test whether 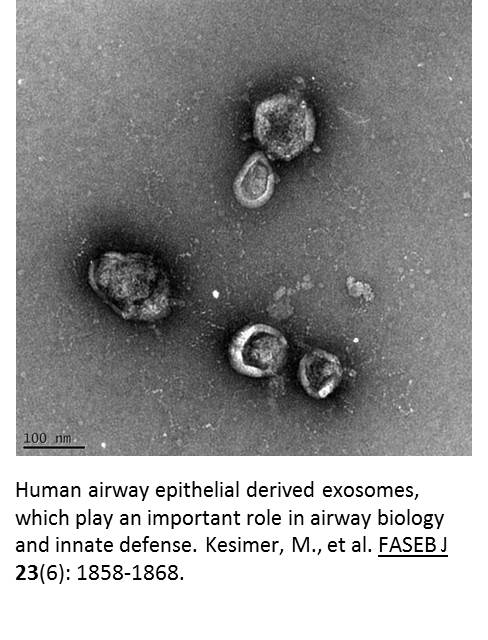 these products change the cargo (e.g., proteins, mRNA, miRNA) contained in extracellular vesicles. Using a mass spectrometer and a nanoparticle analyzer, we will examine changes in the quality (i.e., their protein or RNA cargo) and quantity of the extracellular vesicles isolated from the airway mucus after exposure to different tobacco products. Using this data, we hope to determine the biomarker potential of vesicular proteins and RNAs in response to tobacco exposure in airways, mouse BAL and human BAL samples.