Dr. Laughon is a physician and researcher who specializes in neonatal and perinatal medicine. His research interests include neonatal epidemiology, neonatal clinical pharmacology trials (phase I, II, and III), and neonatal lung disease-particularly bronchopulmonary dysplasia (BPD). His research work integrates clinical efforts of neonatologists and pharmacologists from academic healthcare institutions across the US to determine efficacy of medications in pediatric populations.

Performing clinical trials in a neonatal population (infants up to 28 days of age) is challenging for many reasons, including 1) ongoing development of drug handling systems (i.e. liver and renal systems); 2) need for small volume and low number of samples; 3) low rates of parental consent; and 4) lack of pediatric clinical pharmacology expertise. Dr. Laughon is using innovative trial designs to overcome some of these barriers, which have allowed him to successfully perform early phase trials in neonates in shorter times than traditional early phase studies. These innovations have been adopted by the pharmaceutical industry to study new drugs in development and to reduce timelines to approval. Dr. Laughon’s research team has also successfully participated and led trials under the Food and Drug Administration’s guidance to determine the optimal dose for off-patent therapeutics in term and premature infants. His team also works extensively with the Pediatric Trials Network and the Neonatal Research Network. 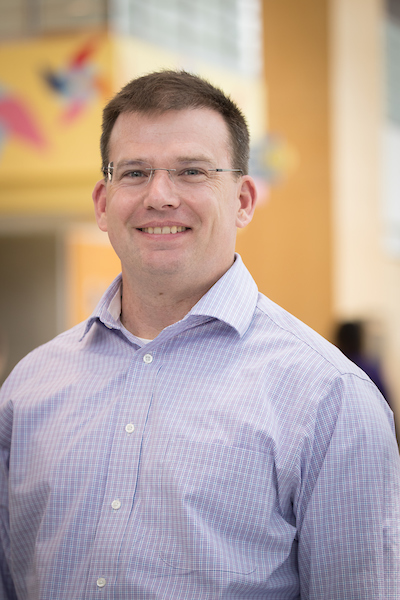