About the Whitehead Lecture | Student Awards | Faculty Awards | Past Lecturers 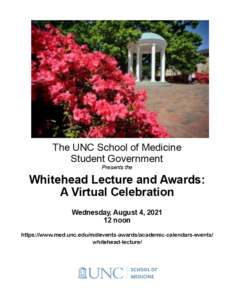 Tenacity and Turbulence: Thoughts from a Winding Path

Dr. Felix was nominated and chosen by the School of Medicine student body. She will be presented with a certificate in recognition of her distinguished contributions to the science and art of medicine, and her name will be added to a plaque in the School of Medicine, designating her as an Honorary Member of the Whitehead Medical Society. About The Whitehead Lecture

The UNC SOM Student Government, formerly known as the Whitehead Medical Society, was named in honor of Dr. Richard H. Whitehead, who served as Dean from 1890-1905. The Whitehead Lecture was established in 1947 to recognize the high standards and leadership of Dr. Whitehead and has been an annual event since 1980. 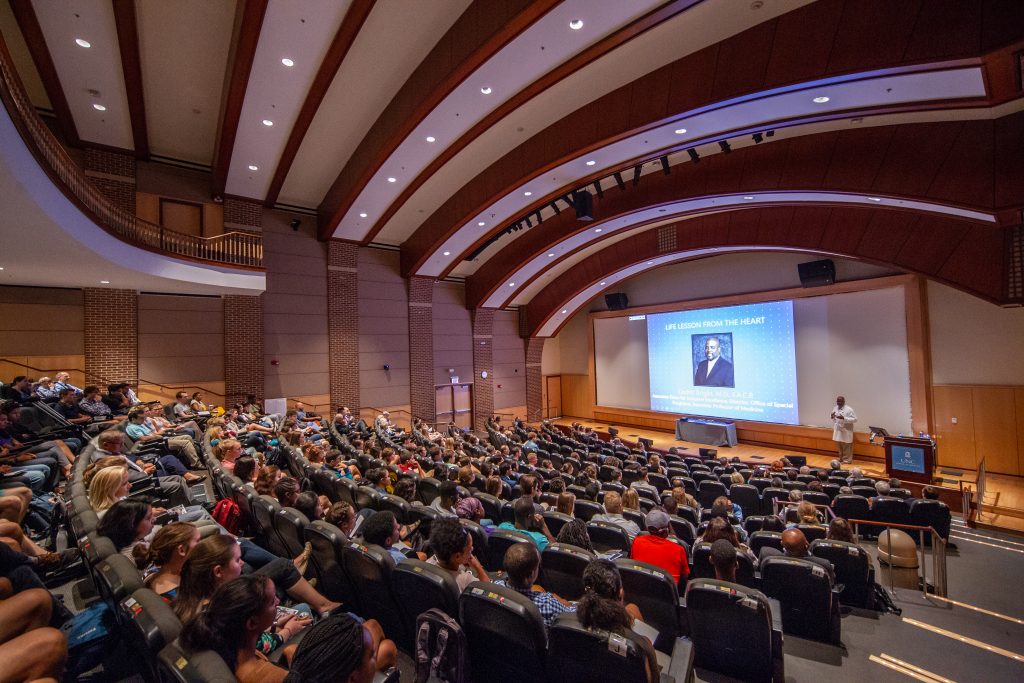