My research focuses on the fundamental cell biology unconventional myosins, filopodia, and motility. Much of our current research centers on myosin-X (Myo10), an unconventional myosin that is expressed in most human cells. We have shown that Myo10 has central roles in the formation and function of filopodia, finger-like cellular protrusions involved in processes such as angiogenesis and metastasis. Myo10 is also a key component of invadopodia, actin-based protrusions that cancer cells use to invade their surroundings. Myo10 binds to and is activated by PIP3, a crucial signaling lipid that is upregulated in most cancers, and Myo10 appears to function as a cytoskeletal effector for PIP3. Our latest imaging experiments with Myo10 in polarized epithelial cells have revealed that Myo10 localizes to the tips of highly dynamic basal filopodia, a largely ignored class of protrusions that may represent precursors of invadopodia. We have shown that Myo10 is a filopodia myosin that binds directly to integrins via its FERM domain, an important result since recent papers show that the survival of micrometastases requires integrin signaling mediated by filopodia-like protrusions. Myo10 has recently been shown to be upregulated in human breast cancer, is associated with poor prognosis, is required for invasion both in vitro and in vivo. We have shown that Myo10 can bind to microtubules and is involved in spindle orientation, and cancer cells have been reported to require Myo10 to successfully divide in the presence of the multiple centrosomes that are a hallmark of most cancers. We have also recently discovered that an unusual motorless form of Myo10 is expressed primarily in neural and embryonic stem cells. My laboratory’s expertise in cytoskeletal cell biology, live cell imaging, and extensive tool set for investigating myosins provides a firm foundation to investigate the fundamental cell biology of filopodia, molecular motors, and motility. I have strong interests in teaching and training and have mentored 7 postdocs, 8 PhD students (including three MD/PhD students), numerous rotation students, and many undergrads. I have also served as my department’s director of graduate studies, I currently serve as course director for our graduate cell biology class, and I have served on over 65 thesis committees. 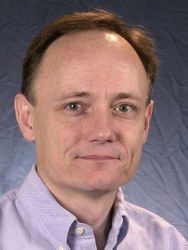