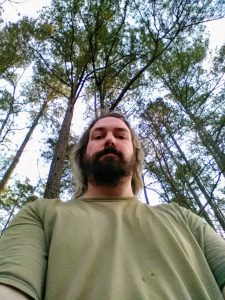 Most people start smoking in high school, and Corey Peavler was no exception. Around the age of 16, Corey lit his first cigarette.  Several factors led to his introduction to smoking, including: a heavy course load in high school; easy access to free cigarettes; and tobacco company marketing highlighting successful people smoking. Now, more than 15 years later, Corey realizes the high cost of smoking and that true success is being tobacco free.

Corey tried to quit smoking several times, but had difficulty staying quit beyond the first 72 hours due to intense cravings. In previous quit attempts, Corey used strategies such as smoking half a cigarette and relighting the other half later to reduce the overall number of daily cigarettes. He later learned that relighting could actually increase his health risks. Corey also tried switching to e-cigarettes to quit smoking but realized he “had just swapped one behavior for another.”

While receiving treatment at the NC Cancer Hospital, Corey was visited by Ellen Ruebush, a Tobacco Treatment Specialist with the UNC Tobacco Treatment Program. Through his work with Ellen, Corey learned how smoking and nicotine negatively affected his body and emotions. He also learned and practiced strategies to help him quit—such as walking outside and drinking water—and he started taking Chantix, a quit-smoking medication.

Corey is now tobacco free, and he breathes easier and has more energy! Corey still uses the strategies that helped him quit smoking, and he added new strategies to help him stay quit. For example, Corey now keeps his cellphone in the pocket where he used to keep a pack of cigarettes and says, “Whenever I find myself reaching for a cigarette, I just pull out my phone and take a picture.” Corey has found that if he keeps his hands busy taking pictures he is less likely to reach for a cigarette. These pictures also remind Corey of the progress he has made and provide him with memories of a tobacco free life.

His advice for others who are hoping to quit smoking is: “If one cannot change one’s situation, one may always change one’s perception.” Corey had to change his perception and understanding of his smoking in order to quit, and he is now four months tobacco free!

If you or someone you love would like to talk with a professional from the Tobacco Treatment Program about quitting smoking or vaping, please contact us at 984-974-4976.

These are some photos Corey has taken inspired by keeping his mind off of smoking and focused on the goal of remaining tobacco free! 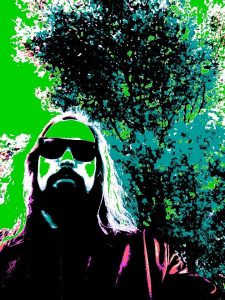 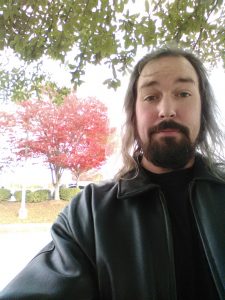