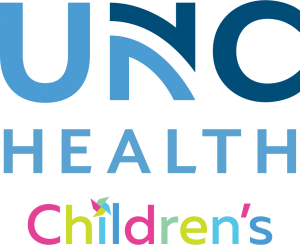 Despite early concerns over COVID-19 and its implications on our ability to conduct visits with our research participants, we have implemented several safety checks and measures to ensure we can continue to keep our participants on track and maintain the safety of our families and staff.

If you have allergies, don’t assume you can’t get the shot.

1. Allergic reactions to the vaccines are very rare, but if you’ve had one in the past, talk to your doctor before getting vaccinated.
2. All patients are monitored after receiving the vaccines.
3. The vaccines are our best hope of things returning to normal one day.

With Palforzia now available, a lot of questions have come up about life after OIT. We are revamping our questionnaire for study participants to see how folks are doing on dietary peanut to create best practices and be able to provide guidance for folks in the future. 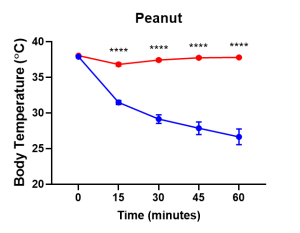 A couple of years ago, our lab identified a strain of mice (CC027 mice) that can be made allergic to peanuts by simply feeding them peanut proteins once weekly for four weeks.  In January 2021, we published a paper demonstrating some important differences between the CC027 mice and another strain of mice that is resistant to developing allergy to peanuts.  The CC027 mice sensitized with peanut have a severe reaction as demonstrated by drop in body temperature, while the resistant strain (C3H) do not react.  In this paper, we reported our findings on the gut microbiome, which is the collection of all the bacteria present in the gut.  The most interesting finding was a reduced amount of Akkermansia in the CC027 mice compared with the allergy-resistant strain after peanut feeding.  This bacteria is known to influence the gut barrier and may prevent allergy by blocking the amount of peanut taken up into the blood stream after feeding.  Additionally, we found greatly reduced IgA in the gut of CC027 mice which may explain further how peanut allergens pass from the intestines into the blood stream in these mice.  Future work will focus on attempting to “normalize” the amount of Akkermansia in the gut of CC027 mice to determine whether that can prevent allergy from developing or block allergic reactions in mice that are already sensitized.  Ultimately, we aim to determine the role of Akkermansia in peanut allergic children.  Authors on this paper from the UNC FAI include: Johanna Smeekens, Andrew Hinton, Janelle Kesselring, Erin Steinbach, Kelly Orgel, Wesley Burks, and Mike Kulis.

Irradiated Tree Nut Flours for Use in Oral Immunotherapy

Background: Tree nut allergies affect an estimated 1% of the US population and is lifelong in 90% of allergic individuals. Oral immunotherapy (OIT) for food allergies is an effective method to induce desensitization in a majority of participants in trials of peanut, egg, and milk OIT. Limited trials using tree nut OIT have been reported, possibly due to the lack of standardized drug products.

Objective: Food products used in OIT are considered drugs by the Food and Drug Administration (FDA) because they are intended to modulate the individuals’ immune responses to the food allergens. As such, OIT drug products must meet FDA standards for acceptable levels of microbes and undergo testing for allergenic proteins. We aimed to determine the suitability of walnut, cashew, hazelnut, and almond flours for use in OIT trials.

Methods: We employed gamma irradiation on commercially available walnut, cashew, hazelnut, and almond flours and tested their levels of microbial contamination, total protein, and allergen content, along with stability of these parameters over time.

Results: Our results demonstrate that irradiation of tree nut flours greatly diminishes the levels of total aerobic bacteria, mold, yeast, Escherichia coli, and Salmonella, whereas there are no substantial changes in total protein or allergen content. Importantly, the microbial levels, protein, and allergen content remained stable over a 24-month period.

Conclusion: Irradiation of tree nut flours is a safe and effective method of processing to allow tree nut products to meet the FDA standards for OIT drug products. 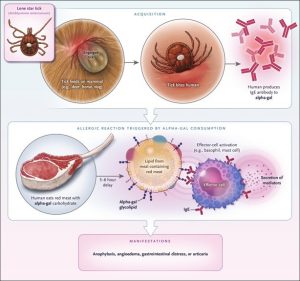 •    Recent experiments show an enzyme of bacterial origin present in some lone star ticks might be the source of alpha-gal in tick saliva. Next step: working with collaborators to make microbiome-free ticks
•    The FDA has approved gene edited pigs that do not have alpha-gal and should be a safe source of pork meat and porcine-derived medical products for patients with AGS. Next step: food challenges with “alpha-gal safe” pork
•    Recent publication in collaboration with the CDC and Viracor-Eurofins (allergy testing lab) documents more than 34,000 alpha-gal IgE positive individuals in the US between 2010-18 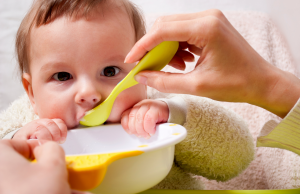 Sublingual immunotherapy for the treatment of peanut allergy is safe and effective, even in children as young as age 1 year.
In a double-blind, placebo-controlled, food challenge (DBPCFC) of some 36 peanut-allergic children (mean age 2.2 years, range 1 to 4 years), those who were randomly assigned to receive peanut sublingual immunotherapy (PNSLIT) showed significant desensitization compared with those who received placebo.
In addition, there was a “strong potential” for sustained unresponsiveness at 3 months for the toddlers who received the active treatment.
“A year ago, the US Food and Drug Administration approved the oral agent Palforzia (Peanut Allergen Powder) for the treatment of peanut allergy in children 4 and older, and it is a great option, but I think what we have learned over time is that this approach is not for everybody,” said Edwin H. Kim, MD, director of the UNC Food Allergy Initiative, University of North Carolina School of Medicine, Chapel Hill, in an interview with Medscape Medical News.
Palforzia is a powder that is mixed in food like yogurt or pudding which the child then eats daily, according to a rigorous schedule. But Palforzia treatment presents some difficulties.
“Palforzia requires getting the powder dose, mixing it with food, like pudding or apple sauce, then eating it, which can take up to 30 minutes depending on age and kids’ cooperation. It tastes and smells like peanut which can cause aversion. Kids have to refrain from exercise or strenuous activity for at least 30 minutes before and after dosing and have to be observed for up to 2 hours postdose for symptoms,” Kim said.
“It’s a great drug, but the treatment could be overly difficult for certain families to be able to do, and in some cases the side effects may be more than certain patients are able or willing to handle, so there is a real urgent need for alternative approaches,” Kim said. “SLIT is several drops under the tongue, held for 2 minutes, swallowed and done.”
To read the full article, click here.