Every year, each incoming medical student is placed into one of six “Advisory Colleges”, each with its own set of faculty advisors and student advocates. The purpose of UNC SOM’s Advisory Colleges is to give students an additional support system—academically, professionally, and socially—throughout their medical school years. From regular meetings with faculty advisors and “Brown Bag Lunches” to discuss issues important to the student body, to wisdom-sharing from older students and some healthy competition with the other colleges for a College Cup win, our Advisory Colleges are an important part the UNC SOM community.

Chief Advocates for each phase of medical school (Foundation Phase, Application Phase, and Individualization Phase) are elected as Student Government Officers each year by the student body. They represent the Advisory Colleges and advocates, act as liaisons between the colleges and Student Government, and organize some of our favorite school-wide events of the year, like College Cup and Skit Night. 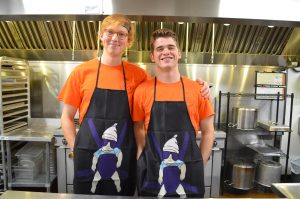 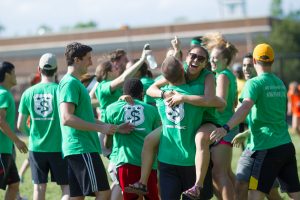 Throughout the year, each college can rack up points by putting on fun events for their members, such as breakfasts in the student lounge, movie nights, and froyo outings. But the biggest event of the year is College Cup, a field day where the colleges compete in a series of events—from tug-of-war to a pie-eating competition—to win points, take home the Cup, and earn bragging rights for the next year. Complete with a full BBQ, College Cup is a true test of our students’ competitive spirit, athletic prowess, and (in the absence of athletic prowess) determination to make up those points by eating a whole pie faster than anyone else. 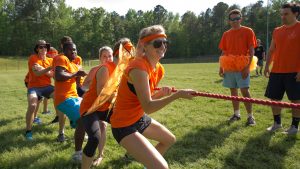 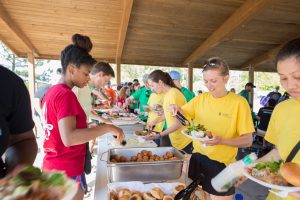 At the end of every academic year, each of our four medical school classes showcase their talents at Skit Night. Through song, dance, skits, videos, impressions, and occasional faculty cameos, students try to out-perform and out-parody the other classes to win the grand prize, the Golden Humerus. UNC SOM faculty and administrators sit on the judging panel and decide the winning class based on overall organization, creativity, talent, and those intangible X factors that students bring to the stage.

MedRecs are social events organized by your college advocates throughout the year and are open to all students from the School of Medicine and their families (for free!)

Some of our favorites from the past year include: 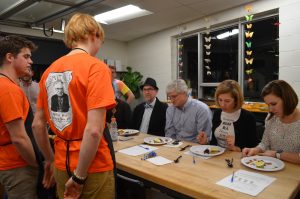 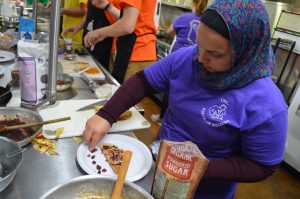