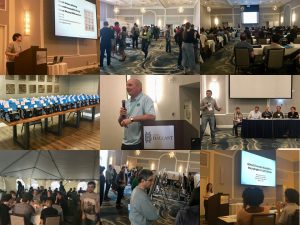 The annual Department of Genetics/BCB/GMB Scientific Retreat was held in Wilmington NC during the weekend of March 15-17, 2019.

More than 140 attendees participated in five scientific sessions and one session focused on alternate scientific careers. Department Chair Fernando Pardo Manuel de Villena kicked off the retreat with a presentation focused on “Improving the Learning Environment at UNC SOM”. Scientific sessions during the weekend were chaired by graduate students and featured seven graduate students, one postdoctoral fellow, and four faculty members as speakers. During two poster sessions, 75 posters were presented and judged. New to the retreat this year was a panel discussion titled “Scientific Careers; How they got where they are” and included five faculty members who discussed their non-traditional career paths and answered questions. 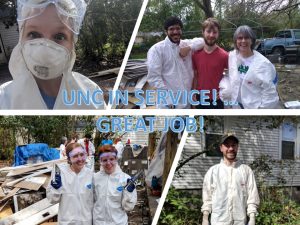 Prior to the start of the retreat, a group of students participated in a service project in which they installed insulation in homes being remodeled after damage from Hurricane Florence last fall.

To close out the retreat, awards were presented for poster presenters, scientific talks and the Terry Magnuson Award for senior student achievements. The award winners this year are pictured and listed below: 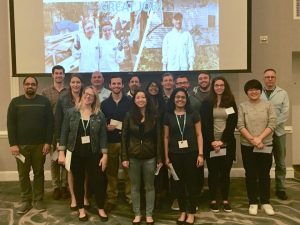