Nancy DePalma: “Sick and tired” of being held captive by her cigarette addiction 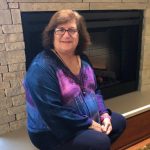 When Nancy DePalma found herself driving to the store over icy roads to buy cigarettes, or smoking butts she found in her ashtrays, she realized she had a problem. She was “sick and tired” of being held captive by her cigarette addiction and embarrassed when her patients and friends smelled cigarette smoke on her.

Glenn Hair: Working with TTP was like having a gym partner 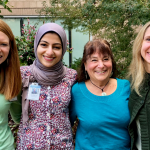 Glenn Hair started smoking when he was 12 years old and smoked up to two packs of cigarettes every day. He tried to quit smoking numerous times but always found an excuse for why it was not the right time. He told himself he would quit later, but when he received his cancer diagnosis, he realized that, “One of these days, later isn’t going to … Continued

Lauren Ryan: Quitting for herself made the difference Lauren Ryan (Chapel Hill Transit) started smoking socially in college and continued to smoke after graduation. Soon, Lauren married, and she and her husband planned to become pregnant. She quit smoking until her son was 17 months old. Andy Colon decided to quit his tobacco addiction and went all out to create a healthier lifestyle for himself. He changed the way he ate, exercised more and, of course, stopped smoking. A friend told him about the Wellness@Work Tobacco Cessation program and Andy loved the idea of getting the support to quit, as well … Continued