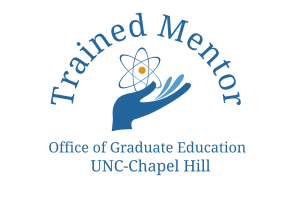 I am interested mechanisms of hemostasis and thrombosis, and the crosstalk between coagulation and inflammation. In particular, I study the role of tissue factor (TF), coagulation proteases, protease activated receptors (PARs) and microvesicles (MVs) in ischemia-reperfusion (I/R) injury, cancer, sickle cell disease, obesity, viral infection, atherosclerosis and liver injury. My lab has generated several unique mouse lines that have altered levels of TF, PAR1 and PAR2. For instance, we have made mice expressing only ~1% of wild-type TF levels. These mice have been used extensively by us and others to study the role of TF in hemostasis, thrombosis and other processes, such as inflammation in sickle cell disease. My lab also generated TF floxed mice that allows deletion of the TF gene in different cell types by crossing these mice with mice expressing the Cre recombinase in a cell type-specific manner.

We found that inhibition of TF or thrombin reduce the infarct size in a rabbit model of cardiac I/R injury. We also found that PAR1 or PAR2 deficient mice have reduced remodeling after I/R injury.  These studies suggest that inhibition of coagulation protease and/or PARs would reduce cardiac injury and heart failure after myocardial infarction. We are currently determining if administration of the factor Xa inhibitor rivaroxaban reduces cardiac remodeling in mice after I/R injury. An ongoing clinical trial called COMMANDER HF is analyzing the effect of rivaroxaban on heart failure patients.

My lab is also interested in the procoagulant activity of TF+ microvesicles (MVs), which are small membrane vesicles released from activated or apoptotic cells. My lab developed a new assay in which MVs were isolated from plasma and TF activity measured in a 2 stage FXa generation assay. We have measured levels of plasma MV TF activity in many different human diseases. Cancer patients have a high rate of venous thrombosis and we speculated that these patients may have elevated levels of MV TF activity. In collaboration with Dr. Khorana we found in a small study that levels of MV TF activity increased in pancreatic patents prior to venous thrombosis. Similar results have been observed in several larger studies. We have analyzed the role of TF+ MV in cancer-associated thrombosis in mice. Injection of pancreatic cell-derived TF+ MVs into mice increased thrombosis in an inferior vena cava stenosis model. These studies suggest that plasma MV TF activity may be a useful biomarker to identify patients at risk for thrombosis.

The clotting contributes to host defense by immobilizing pathogens and facilitating their destruction. We examined the effect of PAR1 deficiency on Coxsachievirus B3-induced myocarditis. We found that PAR1 deficient mice had increased levels of virus compared with wild-type controls and exhibited more cardiac injury. Inhibition of either TF or thrombin also increased viral levels and cardiac injury. Studies with murine cardiac fibrobasts revealed that PAR1 activation enhanced TLR3-dependent IFNβ expression and downstream CXCL10 expression. These proteins are key components of the innate immune response to viral infection. Similarly, we observed more viral genomes and inflammation in the lungs of PAR1 deficient mice infected with influenza A virus compared with wild-type controls. Our results suggest that during viral infection TF-dependent activation of the coagulation cascade not only increases clot formation but also produces thrombin, which activates PAR1 and enhances the innate immune response.