Alternative text, or alt text, is a written substitute for an image. It is used to describe information being provided by an image, graph, or any other visual element on a web page. It provides information about the context and function of an image for people with varying degrees of visual and cognitive impairments. When a screen reader encounters an image, it will read aloud the alternative text. Alternative text is required for all images that provide meaningful information.

Another benefit of alt text is when an image fails to load, the alt text will display in its place. There are many reasons people might view your web site without images including visual impairment or low-bandwidth internet connections. Including alt text with your images ensures all users, regardless of visual ability, can appreciate the content on your site.

Alternative text can be presented in two ways. Both these methods are explained in more detail below.

Vision disability is one of the top 10 disabilities among adults 18 years and older and one of the most prevalent disabling conditions among children.

Let’s look at a couple sample images to determine some possible alt text for each. 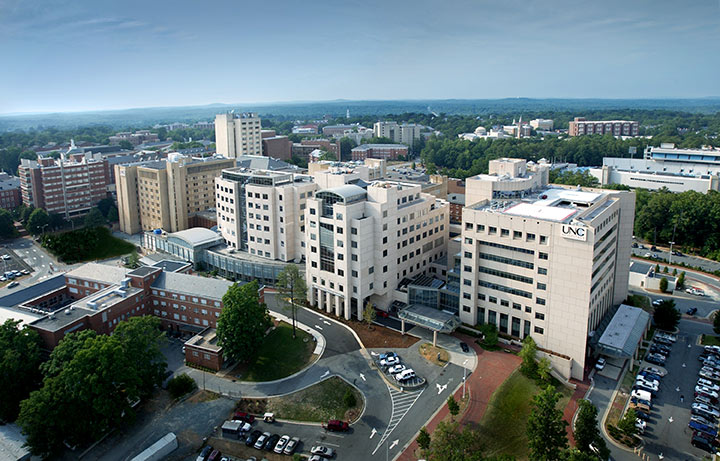 Why: There is no need announce that this is a photo since the screen reader will do that automatically. Other issues with this alt text include lack of detail and no period at the end. 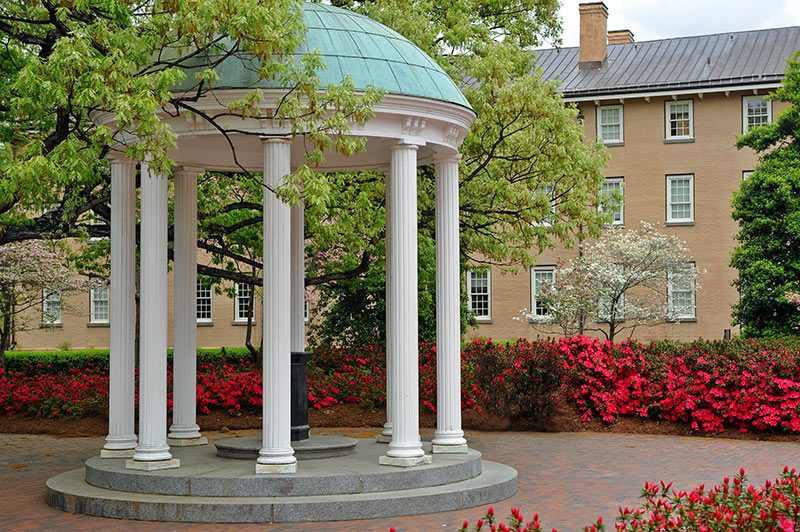 Good alt text: Old Well in Spring with the trees and bushes in full bloom.

Understanding the context of the image is critical when writing alt text. Does the image provide meaningful information? Does it expand on the the surrounding text? If so, think about how to put that into words. 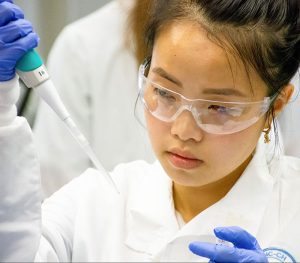 The alternative text for this image might change immensely based on context, as demonstrated below.

Let’s say this is a stock photo that you used on a web page for aesthetic purposes. Since it doesn’t represent any important content and does not appear within a link, you would leave the alt text blank.

The context in which the above image is being used on this web page is vastly different than the above scenarios. The alt text applied here was “Example image of medical student working in a lab.” I wanted to ensure that someone with a screen reader had a basic understanding of what was in the image and that it was being used as an example so that they could follow along with this documentation.

Let’s look at a more complicated example of the same image as it is being use on the Allied Health Sciences (AHS) home page. It is being used under the “Divisions / Centers” heading to represent the Clinical Laboratory Science (CLS) division. The context of the image will significantly affect how the alt text is written.

Remember, good alt text is made up of the context + function of an image. Decorative images are images that provide no information and are used purely for aesthetic purposes. Decorative images do not need alternative text and should be marked as decorative. In the School of Medicine web system, leaving the Alt Text field blank will automatically mark an image as being decorative and will instruct a screen reader to skip it.

A few common types of decorative images include:

Another instance where alt text is not needed is when the content that the image conveys is expressed in text surrounding the image, then an empty alt text is acceptable.

If you’re not sure whether an image needs alt text, go ahead and add it. It’s better to err on the side of caution and inclusion.

If an image you are using already has a caption, it might not need alt text. Read the caption and decide if it is enough. If the caption is too brief or missing key information, that information should be added to the alt text.

Any relevant information that is not describing the image itself, such as the source of the image, permissions, or copyright information, should be placed as a caption below the image, not in the alt text.

Along with proper image title and file naming practices, including alt text can contribute to improved SEO. The content of alt text assists search engines in understand what your page is about.  It also helps search engine crawlers properly index your images and improves your chances of gaining visibility for those images in search engine results.

Google’s article about images has a heading “Use descriptive alt text”. This is no coincidence. Google places a relatively high value on alt text. They use it to determine what the image represents and how it relates to the surrounding text. Google extracts information about the subject matter of the image from the content of the page, and alt text. Wherever possible, make sure images are placed near relevant text and on pages that are relevant to the image subject matter.

Functional images are images that link to something. In these instances, the alt text must include both the content and function of the image. If the image is decorative, then only function is necessary. Convey the action or destination (of the link), not the description. For example, use “print this page” rather than “image of a printer.”

Example Alt Text for a Decorative Image with a link would be something like “Staff Listing.”

Example Alt Text for an Informational Image with a link would be something like “Diagram showing 200 inches of total snow; linking to monthly subtotals.”

Do not use an images of text when you can use true text to convey the same information. True text enlarges better, loads faster, and is easier to translate and customize. Also, since search engines cannot read text in images, this content will not be indexed.

Text in images is a bad user experience for many people including:

When images with text are used, they should be a generous size to mitigate pixelation when zoomed.

If an image is too complicated to describe with alt text, a lengthier description should be added to the page content and be located near the image. The image’s alt text should then describe where to locate that information.

Graphs and charts are examples of complex images where the information presented in the image should be duplicated in the text of the page. This ensures visitors using screen reader software don’t miss out on the content. It also helps sighted users who might have difficulty understanding the graph or chart.

Ways to represent the data in graphs and charts include the use of headings with either bulleted or numbered lists. You could also use tables to display the data.

If all the information in an image of a chart or graph is also included in the text of a page (as recommended above), you could add alt text similar to “Department of Medicine organizational chart; detailed data provided below” to the image.

Learn how to write alt text for more complex image use, such as charts, graphs, and image links.
4 min. 12 sec.