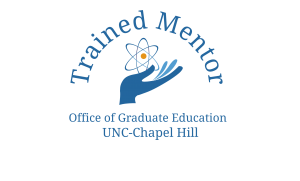 Mammalian platelets are small anucleate blood cells specialized to continuously monitor and preserve the integrity of the cardiovascular system (hemostasis). Platelet plug formation at sites of vascular injury depends on a high sensitivity of platelets towards agonists and a signaling machinery that facilitates a rapid shift from an anti-adhesive to a pro-adhesive state. This high sensitivity poses a risk for premature platelet clearance in circulation (potentially causing thrombocytopenia), and for excessive platelet adhesion and thrombosis at sites of atherosclerotic plaque rupture. Thus, platelet activation needs to be tightly regulated to facilitate hemostasis and to prevent both thrombocytopenia and thrombosis. My lab utilizes transgenic mice and stse-of-the-art imaging technologies to investigate the molecular mechanisms regulating platelet activation at sites of vascular injury.

The striking similarity to humans in anatomy, physiology and genetics has made mice the preferred model organism for studies on the molecular mechanisms underlying human disease. A primary focus of our work is the development and application of new tools and assays required to study platelet function in mice, such as

The small GTPase Rap1 is one of the most abundant platelet proteins. Like other small GTPases, Rap1 activity is regulated by guanine nucleotide exchange factors (GEFs) and GTPase-activating proteins (GAPs). We were the first to demonstrate that CalDAG-GEFI (RasGRP2) is a critical GEF for Rap1 in platelets (Crittenden, Bergmeier, Nat Med 2004). Since then, my lab has performed in-depth studies on the role of CalDAG-GEFI and Rap1 in platelet biology. Our studies established a two-pathway model for Rap1-dependent integrin activation in platelets, with CalDAG-GEFI mediating the rapid but reversible activation of Rap1, and the ADP receptor P2Y12 (the target of the antiplatelet drug Plavix) facilitating sustained Rap1 signaling (Cifuni, Blood 2008). We further demonstrated that Rap1 is a master regulator of platelet activation, which controls other critical platelet responses, such as granule secretion and spreading (Stefanini, Arterioscler Thromb Vasc Biol 2012). Ongoing work inlcudes structure-function studies on CalDAG-GEFI and mechanistic studies on how Rap1 controls these various platelet responses.

Improving antiplatelet therapy is a central goal of our work. Current strategies used in the clinic include antagonists of the platelet ADP receptor, P2Y12. Interestingly, while P2Y12 inhibitors have been used to prevent thrombosis for more than 30 years now, there is still considerable uncertainty about their mechanism(s) of action. Our recent work identified the RapGAP, Rasa3, as a downstream target of P2Y12 (Stefanini, J Clin Invest 2015). Rasa3 functions as a break that prevents unwanted activation of circulating platelets. At sites of vascular injury, this break has to be disabled in order for a stable hemostatic plug to form. Rasa3 inactivation is initiated following engagement of the P2Y12 receptor. Consequently, inhibitors to P2Y12 keep Rasa3 active in stimulated platelets, thereby preventing the formation of a stable thrombus. In independent work, we established the Rap-GEF, CalDAG-GEFI, as a novel target for antiplatelet therapy. Our in vitro studies demonstrated that CalDAG-GEFI serves as a “gas pedal” in platelet activation, i.e. it is essential for the rapid activation of integrin aIIbb3 required for thrombus formation under high shear stress. We have performed extensive studies in preclinical models of thrombotic disease, which showed marked protection from arterial thrombosis in CalDAG-GEFI knockout mice (Crittenden/ Bergmeier, Nat Med 2004; Stolla, Blood 2011; Stolla/ Stefanini, Blood 2011). Interestingly, the bleeding tendency in CalDAG-GEFI-KO mice was not higher than in mice lacking functional P2Y12, suggesting that inhibitors of CalDAG-GEFI could be a powerful yet safe approach to prevent thrombosis. We are actively pursuing CalDAG-GEFI as a target, including high throughput screening for small molecule inhibitors of CalDAG-GEFI – Rap1 signaling.

In our recent work, we identified an important intracellular regulator, the Rap-GAP Rasa3, which prevents unwanted platelet activation and clearance (Stefanini, J Clin Invest 2015). Mice deficient in Rasa3 are characterized by preactivated circulating platelets and severe thrombocytopenia due to rapid platelet clearance. This platelet preactivation and clearance phenotype is reverted by concomitant deletion of the Rap-GEF, CalDAG-GEFI. Current efforts are directed towards (a) a better understanding of how Rasa3 mutant platelets are cleared from circulation, and (b) studies aimed to determine whether an imbalance in Rap1 signaling contributes to some of the inherited and/or acquired thrombocytopenias observed in the clinic.

(5) Platelets and vascular integrity in inflammation

Hemorrhage can be induced by mechanical injury to the vessel wall or by endothelial damage induced by transmigrating leukocytes. However, platelets rely on different mechanisms to maintain hemostasis in these situations. Hemostasis at sites of mechanical damage depends integrin inside-out activation and platelet aggregate formation. However, hemostasis at sites of inflammation is independent of these processes. To investigate whether platelets need to get activated and which activation pathway is critical for preventing hemorrhage in inflammation, we established a novel method for the adoptive transfer of platelets into thrombocytopenic mice (Bergmeier, Thromb Res 2014). This method was necessary to generate mice with platelet-specific defects in multiple G protein-coupled receptors (GPCRs) or ITAM receptors. To our surprise, these studies identified a key role for ITAM, but not GPCR signaling in this process (Boulaftali, J Clin Invest 2013). Thus, while platelet-dependent hemostasis at sites of mechanical injury relies mostly on cellular stimulation via GPCRs, ITAM receptors trigger their activation in sites of inflammation (Boulaftali, Circ Res 2014). Ongoing work is aimed at identifying how platelet ITAM signaling is triggered in various inflamed tissues, and how platelets limit the cytotoxicity of inflammatory cells and/or boost the barrier function of vascular cells at sites of inflammation.