Cells respond to DNA damage and other forms of environmental stress by altering the expression of specific genes that combat the effects of stress. Research in this laboratory currently focuses on the regulation of DNA repair genes in Saccharomyces cerevisiae, and in particular on PHR1, which encodes the repair enzyme DNA photolyase. PHR1 transcription is induced specifically in response to DNA damage. Basal level and induced transcription are regulated through the coordinated action of at least three promoter elements: an upstream activating sequence (UAS), an upstream repressing sequence (URS), and an upstream essential sequence (UES). Little is known about the UES except that it appears to be required for relief of repression. The UAS sets the overall level of basal and induced transcription and binds at least two transcriptional activators, only one of which (Ume6) has been identified thus far. The URS is the binding site for the damage-responsive repressor, Prp, which is also comprised of at least two different proteins. We have recently identified one of these (Rph1) as a zinc finger protein that shares homology with proteins from humans and mice which have been implicated in regulation of cell cycle progression and in neurological development. A major portion of the research effort in the lab is directed toward identifying the remaining components of Prp and toward understanding how the DNA binding activity of these proteins is regulated in response to damage.

A second area of investigation in the lab is elucidation of the signal transduction pathways(s) that target PHR1. Research in other laboratories has identified a protein kinase signaling cascade in which the proteins Mec1, Rad53 and Dun1 are required for transduction of the DNA damage signal to transcriptional regulators of the RNR genes. Induction of PHR1 likewise requires Rad53 (and presumably Mec1) but does not require Dun1. The identity of the protein(s) that transduce the damage signal from Rad53 to Prp is being investigated using genetic approaches. Mutations in one of the human homologues of MEC1 cause the genetic disorder ataxia telangiectasia, which is characterized by an elevated cancer frequency; it is likely that other components of the signal transduction pathway will likewise play an important role in damage processing or tolerance in humans. 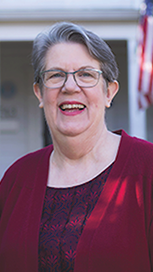