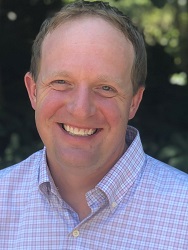 Dr. Corcoran earned his B.S. in Genetics, Cell Biology & Development from the University of Minnesota-Twin Cities. He then earned his M.S. in Biostatistics and a Ph.D. in Human Genetics at the University of Pittsburg. Dr. Corcoran’s PhD research focused on the analysis of high-throughput datasets including gene expression microarrays and ChIP-chip arrays. Dr. Corcoran then did a Postdoc at Duke University where he developed methods and applications for the analysis of next-generation sequencing data and other high-throughput genomics technologies. During this time, he also served as an Adjunct Faculty Instructor for the undergraduate course “Introduction to Computational Genomics”. In 2012, Dr. Corcoran was the founding director of the Bioinformatics Core Facility in the Duke University School of Medicine. In that role, he managed a staff of bioinformaticians that provided consultations for study design and best practices, performed analyses, developed custom toolsets, and offered training on the handling of high-throughput genomic data. Dr. Corcoran is now the Director of the UNC Lineberger Bioinformatics Core Facility. The UNC Lineberger Bioinformatics Core provides infrastructure and expertise for the management and analysis of data from large-scale omics research projects. The core encourages and trains investigators to tap the ever-growing data generated by new cancer research technologies.