Adaptations are central to the study of evolution. Thus it is surprising that we know so little about the molecular basis of adaptive evolution. The goal of my research is to identify, clone, and characterize the evolution of genes underlying natural adaptations in order to determine the types of genes involved, how many and what types of genetic changes occurred, and the evolutionary history of these changes. These data will address key questions. For example, do adaptations involve many genetic changes or only a few? How important are regulatory versu! s amino acid changes in adaptation? How often are “new” gene s involved in adaptations? Are most adaptive alleles new mutations or pre-existing alleles segregating at low to moderate frequency within a species? Clearly, a deeper understanding of how genes change during adaptation will give insight into the potential and limits of adaptive evolution.

Adaptations and other interspecific differences in Drosophila

The tools of modern biology have made dissecting the molecular genetics of adaptation possible, especially in Drosophila. Currently, I am using molecular markers and QTL mapping techniques to precisely map regions harboring adaptive alleles. Candidate genes with changes in expression are identified through microarray and other expression studies. Candidate genes with structural changes are identified using population genetic data and positional cloning. Subsequently, candidate genes and their regulatory regions are analyzed in order to pinpoint the genetic changes that have occurred and how they have evolved.

D. sechellia – unlike its generalist sister species, D. melanogaster, D. mauritiana, and D. simulans – specializes on using the normally toxic fruit of Morinda citrifolia as its host. In particular, D. sechellia has evolved resistance to and oviposition-site preference for M. citrifolia. I am presently genetically analyzing several adaptive traits in D. sechellia. So far, I have coarsely mapped regions affecting D. sechellia’s resistance to and attraction for M. citrifolia. I am currently using additional molecular and visible markers to fine map these regions. Future efforts will concentrate on cloning some of these adaptive factors and identifying the genetic changes that have occurred.

Studies of natural adaptations can lead to a greater understanding of the molecular genetics of important traits. For instance, insights into the genetic basis of D. sechellia’s attraction to M. citrifolia will also add to our understanding of olfaction. Considerable effort has gone into identifying genes involved in olfactory perception however little progress has been made in the genetics of behavior driven by olfactory information. I have already shown that D. sechellia’s preference for M. citrifolia is a difference in response behavior rather than perception; thus, the genes that have evolved in D. sechellia must be those responsible for behavior rather than detection. Once these genes are cloned, I can explore the genetic mechanism of attraction behavior and see if homologs of these genes are involved in the olfactory behavior of other species.

Efforts are underway to produce whole genome sequences for several other species of Drosophila (see the UC Davis – DPGP project site for details). Currently, the genomes of D. simulans and D. yakuba are in progress with several more genomes to follow (likely including D. sechellia). These data will provide new insight into how genomes evolve, which types of genes are evolving most rapidly, the relationships between recombination, DNA divergence, and DNA polymorphism, and details about the spatial and organizational evolution of genomes. At present, I am helping to develop the data structure and tools to process, analyze, and represent the sequence data from these species.

Periodically new genes must arise. We know little about the mechanisms, frequency, or patterns underlying these events. In collaboration with Dr. David Begun, I am identifying these new genes. One intriguing candidate we have already identified is a retrotransposed Alcohol Dehydrogenase (Adh) “pseudogene” in D. guanche, D. madeirensis, and D. subobscura (Luque et al 1997). So far, we have shown that this “pseudogene” is probably a newly evolved chimeric gene composed of the retrotransposed Adh and 306 base pairs of the 5′ end of the GAPDH-like gene, CG9010. This chimeric gene is actively transcribed in bot! h D. guanche and D. subobscura. The 5′ promoters of th e chimeric gene appear similar to the CG9010 promoters and transcription patterns appear similar. Bioinfomatic analysis and studies of the chimeric gene’s protein suggest that this protein has lost the ability to process secondary alcohols.

In Drosophila there are two other examples of newly evolved genes involving the fusion of Adh with another gene. This wealth of Adh-fusion genes may, of course, reflect an ascertainment bias in favor of Adh-related genes. However, these three Adh-fusion genes may also mean that Adh is especially likely to be involved in gene fusions. To determine the frequency of fusion events, we are currently surveying many species of Drosophila for newly evolved Adh-like genes and will characterize any new genes we find.

We are also investigating the population genetics and molecular evolution of chimeric fusion genes in humans and other great apes.

I also work on theoretical and statistical methods related to evolutionary genetics and genomics. This research falls into three areas: (i) estimating the number of genes underlying a quantitative trait from mapping data, (ii) looking at spatial patterns of DNA sequence evolution, and (iii) developing methods for detecting genetic changes due to natural selection.

In collaboration with Dr. Sally Otto, I have developed methods for estimating the total number of genes underlying divergent phenotypes. Our approach allow one to determine how complete a genetic mapping experiment is, how many genes may be missed, and how much of the phenotype these missed factors may affect. At present, we are trying to develop methods for using genetic data to test models of the genetics of adaptation.

I am also using genomic data to address important evolutionary questions. Recently, I used D. melanogaster genome sequence data to estimate genome-wide levels of gene clustering and to contrast the amount of clustering among genes with similar motifs to the levels of clustering in general. All chromosomes, except the fourth, showed substantial levels of gene clusteri! ng. Although not more clustered than the average pair of adjacent genes, genes with the same primary motif occur adjacent to one another more often than expected by chance. These results may mean that these small local groups of genes share regulatory elements and evolutionary histories. I am extending these analyses to several other species in collaboration with Dr. Philip Awadalla and Dr. Sally Otto and am exploring similar spatial analyses of polymorphism and divergence data.

Molecular evolutionists have long sought to determine which changes within the protein coding and regulatory regions of a gene were shap! ed by natural selection. If an adaptive substitution has occurred in the recent past, there should be a paucity of DNA polymorphism surrounding the site under selection. Taking advantage of this fact, Andrew Kern and I have developed a permutation approach for detecting selected sites using polarized DNA polymorphism and divergence data. This method is especially useful for detecting the effects of weak selected forces across several loci. We used this approach to analyze a large DNA polymorphism and divergence data set of D. simulans genes. Surprisingly, although replacement fixations do not on average appear to be driven by selection, preferred codons – those codons that use the most abundant tRNA – have on average been fixed by selection. We plan to apply this method to additional data sets and to look at spatial patterns of nucleotide fixation within and around genes. For instance, one could see if there is a bias in the types of polymorphism (sy! nonymous vs. non-synonymous) nearest to a type of fixation. This would give insight into the dynamics of the fixation process and its impacts on adjoining variation. 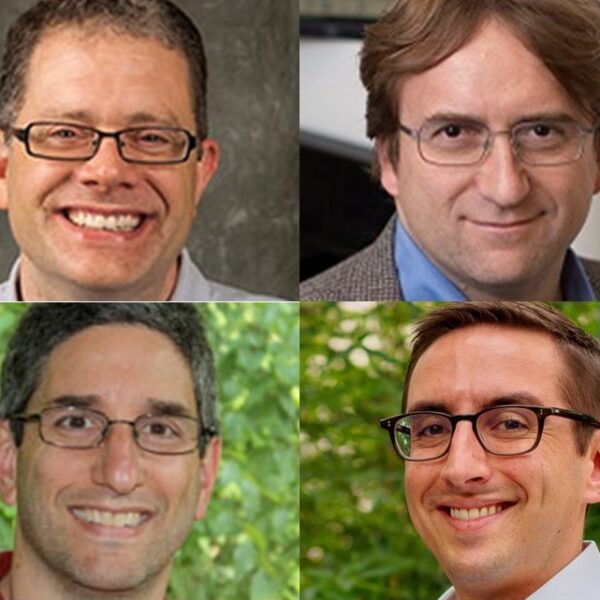 The Office of the Vice Chancellor for Research announced that AIxB: Building a collaborative ecosystem for innovation in Artificial Intelligence and the Biological Sciences is the winner of this year’s Creativity Hub Award.  Faculty from Genetics include Dr. Corbin Jones (PI, Professor, Biology and Genetics), Dr. Piotr Mieczkowski (co-I, Professor, Genetics), Dr. Bob Duronio (co-I, … 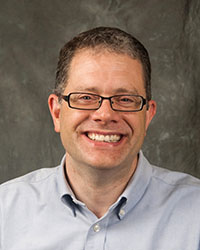