Since the inception of the lab we have always been interested in investigating biological phenomenon at the single-cell level. More specifically, we became very interested in cell fate decisions at a genetic level and how human embryonic stem cells (hESCs) ‘decide’ whether to remain pluripotent or differentiate. We utilized CRISPR technology to tag the endogenous Oct4 gene (a master regulator of pluripotency) with a fluorescent protein and perform live-cell imaging to track individual cells as they divided and gave rise to two daughter cells. Through experimentation and careful analysis we discovered that the amount of OCT4 protein inherited by a daughter cell predetermined its fate to remain pluripotent or differentiate upon BMP4 treatment. In addition, we tagged additional genes (Sox2 and Nanog) involved in stem cell pluripotency and carried out similar experiments. These live-cell reporters are valuable reagents that are used to this day to interrogate the role of these genes in directed differentiation and reprogramming in hESCs. This approach allows us to determine the role of these genes in directed differentiation and reprogramming with precise spatial and temporal resolution that can only be afforded with live-cell imaging.

The successful tagging of endogenous pluripotency genes (Oct4, Sox2, Nanog) in hESCs and their surveillance in live-cell experiments answered some question but invariably led us to ask many more. More specifically, we wanted to know which genes were expressed and when in single cells during directed differentiation to definitive endoderm. This question stems from the fact that directed differentiation of human pluripotent stem cells into the definitive endoderm holds great promise for cellular based therapeutics, as it represents a crucial first step in the formation of lung, liver, and pancreas cell types. Although specialized differentiation protocols have been developed, they are limited by their inability to produce a homogeneous population of definitive endoderm cells. Given recent advances in high-throughput sequencing technologies, as well as computational methods to infer gene expression dynamics, we aimed to determine how transcriptional heterogeneity in the embryonic stem cell population influences a cell’s commitment to definitive endoderm. To address this question, we performed multiplexed single-cell RNA sequencing to profile the differentiation trajectory along three key stages: pluripotency, primitive streak, and definitive endoderm. By integrating static expression and RNA velocity information in a joint clustering approach, we identified lateral mesoderm and uncommitted refractory subpopulations as intermediate sources of single-cell heterogeneity. Results of this study suggest that lineage-specific, temporally expressed genes within the primitive streak are a potential target for improving definitive endoderm differentiation protocols. These experiments are ongoing and constitute one of several exciting projects we have in the lab.

Most recently, we have adapted an iterative indirect immunofluorescence imaging technique known as 4i (iterative indirect immunofluorescence imaging)(Gut et al., Science 361, 2018) to address the role of cell cycle proteins (i.e. CDK4/6, cyclins, p21) in hESCs directed differentiation and palbociclib-resistant breast cancer cells. The 4i technique is a multiplexed protein readout with high spatial resolution in thousands of cells that allows us to acquire a detailed molecular signature or map that was previously unobtainable. This detailed molecular map allows us to identify single-cells with unique protein expression patterns that permits us to begin to understand why these cells escape palbociclib treatment in the case of breast cancer or why certain hESCs are prone to differentiation upon BMP4 treatment. Furthermore, combining this type of data set with single-cell RNA sequencing data gives a very comprehensive view of how the cell is functioning under different conditions. This project has already yielded some very interesting results and is the main emphasis of my current research program.

Department of Genetics Publications from April 21-May 4, 2019 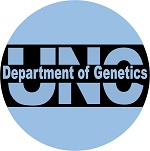