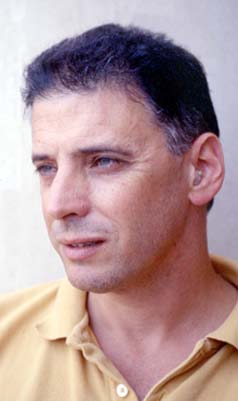 Eduardo Lazarowski, Ph.D., is an Associate Professor of Medicine and investigator for the UNC CF/Pulmonary Research & Treatment Center. For the UNC Center for Tobacco Regulatory Science and Lung Health he is a co-investigator for Project I.

Airway surface hydration is critical for lung health. ATP, adenosine (Ado), and other purinergic receptor agonists within the airway surface liquid (ASL) act as volume regulators that signal ASL volume status to airway epithelia. These regulators act to adjust rates of salt/water and mucin secretion to maintain protective mucociliary clearance (MCC) functions (Fig. 1). Dr. Lazarowski’s research interest is on the mechanisms of airway epithelial nucleotide release and the role of purinergic receptors in lung physiology. His group has demonstrated that regulated release of nucleotides is a crucial component regulating P2Y2 and A2B receptor-dependent airway surface liquid hemostasis, and have identified conductive and 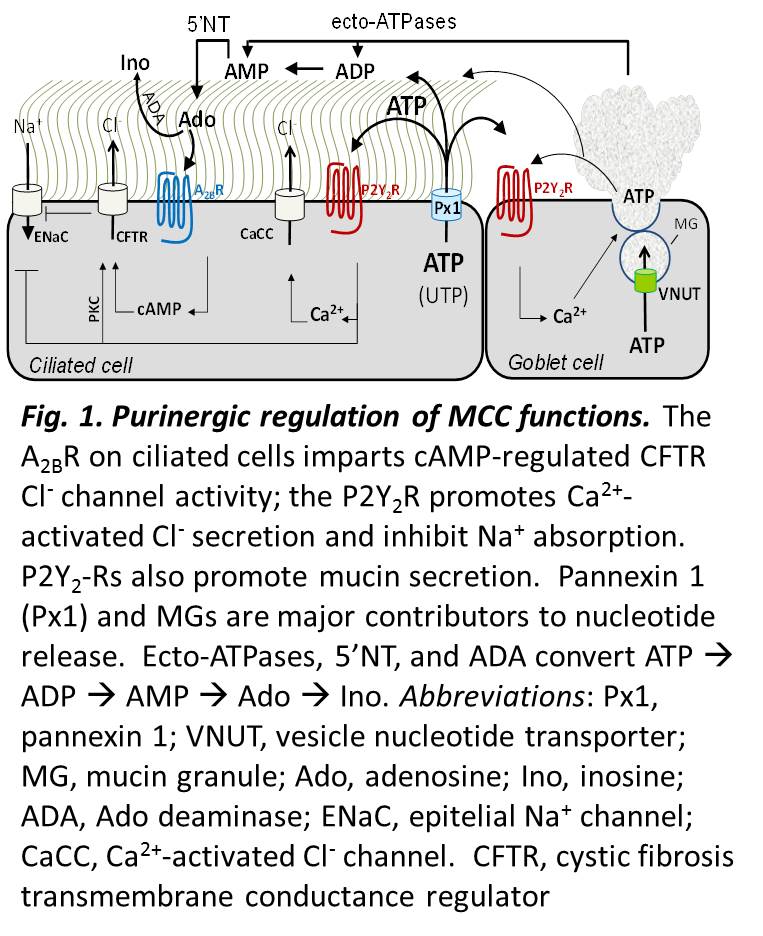 vesicular pathways and mechanisms involved in this release. Their studies have demonstrated that pannexin 1 provides a major pathway for the release of ATP from ciliated epithelia and that mucin granules represent an additional important source of nucleotides released from mucin secreting goblet cells.

Recent studies have associated tobacco exposure with deficient ASL volume production/mucin hydration (Fig. 2). However, the extent to which nucleotides, nucleotide release pathways, and the ecto-enzymes that terminate purinergic signaling in ASL contribute to abnormal MCC and disease in cigarette smoke-exposed, airways remains poorly defined. In this regard, nothing is known about the effect of new emerging tobacco products (NETPs) on nucleotide homeostasis in the lung.

Dr. Lazarowski’s group has developed high sensitivity fluorescence HPLC-based techniques for the quantification of adenine nucleotides in airway surface liquid, lung secretions, and other biological samples, and will capitalize on this expertise to assess the impact of NETPs on nucleotide homeostasis in ASL both in vitro and in vivo lung secretions, as proposed in Project I.

Specifically, his team will use the etheno-derivatization technique to quantify the levels of ATP, ADO, AMP, and Ado, simultaneously, in ASL obtained from culture HBE cells 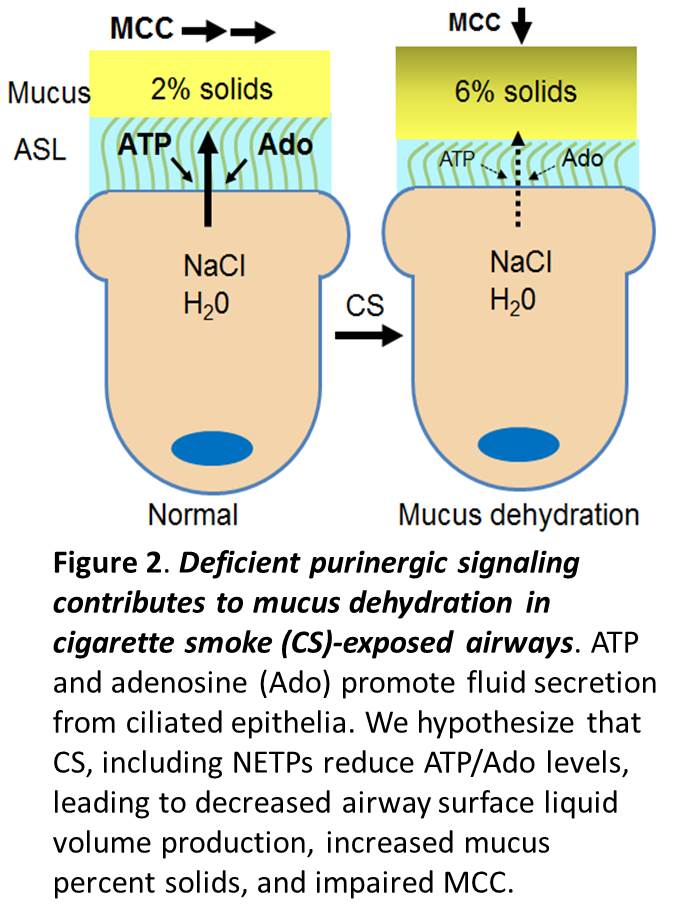 exposed to vehicle or NETPs. They will also combine enzymatic (luciferase) and HPLC/radiotracer techniques to measure the rates of ATP hydrolysis and ATP/AMP/Ado metabolism in ASL bathing HBE cell cultures, and will use mRNA analyses to assess the effect of NETPs on the level of expression of genes involved in nucleotide release and metabolism. Lastly, his group will quantify nucleotide/nucleoside levels and metabolism rates in BALFs and sputum samples collected from smokers of new tobacco products (as well as controls). qPCR analysis of genes involved in ATP release metabolism will be performed on total RNA extracted from bronchial brushes.