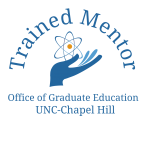 Our broad long-term goal is to understand how mammalian cells maintain ordered control of DNA replication during normal passage through an unperturbed cell cycle, and when exposed to genotoxins (DNA-damaging agents). DNA synthesis is a fundamental process for normal growth and development. Accurate replication of DNA is crucial for maintenance of genomic stability. Inaccurate replication of damaged DNA may lead to mutagenesis and cancer. Moreover, many cancers display defects in regulation of DNA synthesis and it is important to understand the molecular basis for aberrant DNA replication in tumors. Since many chemotherapies specifically target cells in S-phase, a more detailed understanding of DNA replication could also allow the rational design of novel cancer therapeutics. Our lab is interested in several aspects of DNA replication control with a particular emphasis on the interplay between S-phase checkpoints and a DNA repair mechanism termed ‘Trans-Lesion Synthesis’ (TLS), as described below.

Although we and others have shown that Chk1 is an important component of some genotoxin-induced checkpoints, relevant downstream effectors of Chk1 in the S-phase checkpoint have not been elucidated. Therefore, a major goal of our laboratory is to identify Chk1 targets that mediate the S-phase checkpoint. Our analysis of known replication proteins has identified the essential DNA replication factor Cdc45 as a target of Chk1 signaling. Studies are underway to elucidate the mechanism(s) that mediate negative regulation of Cdc45 by Chk1

Mechanisms that regulate Rad18 and recruit TLS polymerases in a lesion-specific manner are incompletely understood. We are studying protein kinases that phosphorylate Rad18 and coordinate its activity with cell cycle and checkpoint signaling. Additionally, we are performing screens to identify new Rad18 substrates.

Our studies of Cdc45 and Rad18 regulation (described above) represent individual aspects of broader ongoing work to elucidate the complex series of events that regulate DNA replication when cells acquire DNA damage, and also during an unperturbed S-phase. 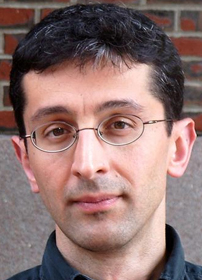