We are broadly interested in the structure, function and evolution of genomes. More specifically, we study the topics of telomere biology, cellular immortality, repetitive DNA, genome stability, genome silencing and small RNAs using the nematode Caenorhabditis elegans as a model system. C. elegans has a relatively compact ~100 MB genome whose sequence is completely assembled. We are interested in repetitive DNA, including the simple repeat sequence (TTAGGC)n present at C. elegans telomeres, which is closely related to the mammalian telomere repeat (TTAGGG)n. We are also interested in regulation and function of transposons, which make up 15% of the C. elegans genome and almost half of mammalian genomes. Transposons are parasites that occasionally enter a naive genome via horizontal gene transfer and then replicate, creating several copies of themselves before they are silenced by the host. Retrotransposons are a class of transposons that replicate via an RNA intermediate that is copied into DNA by a reverse transcriptase. The simple repeats that are present at most eukaryotic chromosome ends are maintained by addition of de novo telomere repeats via a domesticated reverse transcriptase called telomerase, using a telomere template sequence that is present in the non-coding RNA subunit of telomerase. Telomerase is active in human germ cells but is silenced in human somatic cells, which creates a ‘telomere clock’ that represses tumor formation by limiting cell proliferation.

Most transposons are silenced by a class of small RNAs called piRNAs that interact with the conserved Argonaute protein Piwi that is present in germ cells. We discovered that dysfunction of the C. elegans Piwi ortholog PRG-1 displays normal fertility for several generations, but then fertility declines, ultimately resulting in complete sterility after growth for ~20 generations. This so-called Mortal Germline phenotype indicates that Piwi promotes germ cell immortality. We found that the sterility of Piwi/prg-1 mutants can be reversed, indicating that Piwi sterility is a form of reproductive arrest. Therefore, the sterility of Piwi mutants may be analogous to sterility that occurs in response to severe environmental stresses like starvation. We therefore hypothesize that Piwi/prg-1 mutant germ cells transmit an epigenetic factor, likely due to progressive de-silencing of one or more transposons, which accumulates to trigger a stress response that induces reproductive arrest. We are interested in understanding what stress is transmitted by prg-1 mutant germ cells and how the organism responds to this stress. We are interested in the potential relevance of heritable stress to development, aging and disease.

We exploited mutants that become progressively sterile to study telomerase-mediated telomere repeat addition, deficiency for which in humans results in transgenerational telomere erosion accompanied by lethal diseases anemia or pulmonary fibrosis. Moreover, telomere erosion may be broadly relevant to human cellular aging because telomerase is silenced in human somatic cells. We recently identified a novel class of small RNAs composed of (TTAGGC)n telomere repeats that are exceptionally rare in mammals and C. elegans but are abundant in the closely related nematodes, C. briggsae and C. remanei. This indicates a dramatic change in telomeric small RNA biogenesis in recent evolution. We discovered that small RNA-mediated genome silencing promotes telomere stability in the absence of telomerase, and we are interested in broadly understanding the biogenesis and function of telomeric small RNAs.

We studied nuclear foci formed by the C. elegans orthologs of the Protection of Telomeres 1 (Pot1) telomere binding protein, POT-1 and POT-2 (Fig. 1). C. elegans telomeric foci normally vanish in 1 cell embryos, but mutation of pot-1 and pot-2 telomere binding proteins results in gametes that alter the expression pattern of Pot1 foci for up to 6 generations. This reveals a novel and highly persistent form of transgenerational epigenetic inheritance. Evolutionary biologists Charles Darwin and Jean-Baptiste Lamarck predicted that it might be useful for parents to respond to certain environmental stresses by altering their germ cells in a manner that promotes fitness for multiple generations. We are curious about if and how altered levels of telomeric foci affect organismal fitness. This topic could be relevant to your children, grandchildren or great-grandchildren. Department of Genetics Publications for March 7-20, 2021 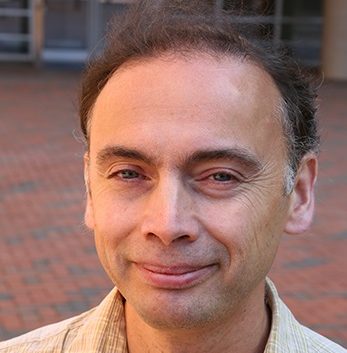 The laboratory of Dr. Shawn Ahmed (Professor, Genetics and Biology) has published two papers in Nature journals in the past month. 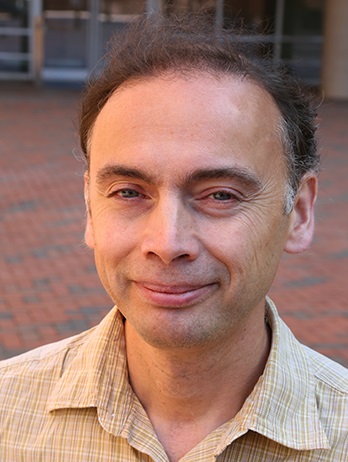 Dr. Shawn Ahmed, Professor of Genetics and Biology was awarded a new R01 from the National Institute of General Medical Sciences.