The University of North Carolina Tar Heels has 28 varsity sports. Most of the fellow’s time will be spent at UNC Family Medicine, Campus Health, Orthopedics or the athletic training rooms located in Kenan football stadium, Smith Center, or Fetzer Field. Team physician responsibilities to the assigned high school will be on the school’s campus. The fellow will also have duties at Carolina Family Practice & Sports Medicine which is located in Cary, NC. 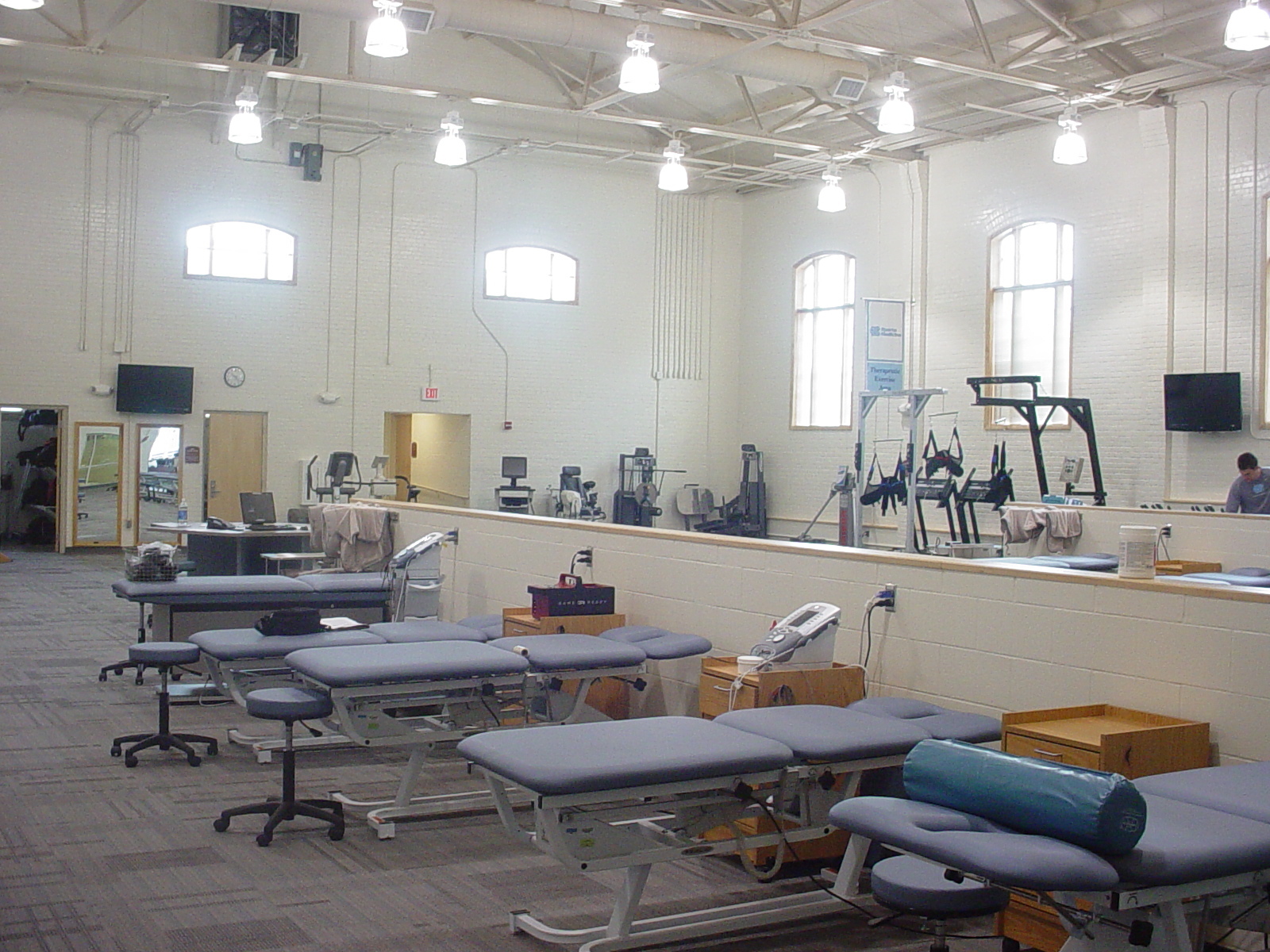 Fellow’s role: the fellow will have a longitudinal general continuity clinic and sports medicine duties in the sports medicine clinic at UNC Family Medicine throughout the year. These experiences will increase the fellow’s knowledge and familiarity with issues such as:

In collaboration with the UNC Health Care System, UNC Orthopaedics is committed to providing the highest quality comprehensive musculoskeletal care to all patients. They lead in research that translates into revolutionary treatment, and serve the community through education and care related to wellness and fitness. By cultivating and producing the nation’s leading orthopaedists, integrating research into daily practice, and working collaboratively with members of the practice and community, UNC Orthopaedics raises the bar for musculoskeletal care. Fellow’s role: The fellow will learn longitudinally and be able to see their UNC student-athletes as they come in for primary care and sports medicine related problems all year. In this capacity, the fellow will participates in all aspect of the athletes’ health care program.

North Carolina Central University, a Historically Black University, first opened its doors to students in 1910. The school’s mission is to prepare students academically and professionally to become leaders ready to advance the consciousness of social responsibility in a diverse, global society. The university has succeeded in this regard and boasts many points of pride in both academics and athletics. North Carolina Central University provides both undergraduate and graduate level degrees in a variety of academic disciplines. The university was recently ranked by Washington Monthly as one of the top 40 schools in the nation in terms of contribution to the public good. NCCU is emerging as a leader in the study of health disparities and was the first of North Carolina’s state-supported universities to make community service a graduation requirement. Along with a strong academic curriculum, the university’s drive for excellence extends to an athletics program designed to promote physical fitness, sportsmanship, and respect. NCCU sponsors fourteen men’s and women’s athletic teams that participate in the National Collegiate Athletic Association (NCAA) Division I as a newly readmitted member of the Mid-Eastern Athletic Conference (MEAC). The NCCU Eagles have enjoyed both regional and national recognition over the past decade, including multiple national championships in a variety of sports.

Fellow’s role: The fellow’s role is to participate in every aspect of NCCU athletics. This includes game coverage and traveling with the teams. The fellow will serve as one of the leaders of the NCCU Sports Medicine Team, along with Dr. Stafford and a Duke University Medical Center Orthopedics resident with the goal of providing quality care to all NCCU athletes.

Carolina Family Practice and Sports Medicine is a unique practice in which each of the physicians are board certified in both family medicine and sports medicine. This practice is dedicated to complete care of infants, children, and adults with an emphasis placed on the patient, being cost effective, and treatments that are evidence-based. They are also the official health care providers/team physicians for the many organizations and professional sports teams in North Carolina such as the Carolina Hurricanes, Carolina Ballet, and USA Baseball.

Fellow’s Role: With the help and supervision of Dr. James Blount, CAQSM, the fellow will participate longitudinally with the practice. They will gain knowledge and training in fitting and giving instructions on orthotics, managing medical problems in athletes, concussion testing, cardiac stress testing, and have a role in the health management of a professional hockey team, the Carolina Hurricanes.

The Chapel Hill-Carrboro City Schools (CHCCS) is one of two public school systems in Orange County, NC. Established in 1909, CHCCS is located near the flagship campus of the University of North Carolina (UNC) and the world renowned Research Triangle Park (RTP). As a result of the district’s proximity to higher education and research facilities, our community boasts one of the highest educated populations in America. CHCCS has the state’s highest district wide SAT score at 1,194, or 1,776 when the writing component is included. The state average is 1,008, and the national average is 1,017. This high average was attained while more than 85 percent of the district’s eligible students took the test. More than 1,200 of the district’s high school students are enrolled in challenging Advanced Placement (AP) courses. This participation has earned the district’s high schools ranking in the Washington Post’s list of top high schools. In 2011, Carrboro High ranked 145, East Chapel Hill High ranked 158 and Chapel Hill High ranked 165. CHCCS has the state’s lowest dropout rate at .95 percent and nearly 92 percent of last year’s graduating senior class went on to two- or four-year institutions of higher learning. Chapel Hill-Carrboro City High Schools also have strong athletic programs. Each of the district’s three high schools has over 20 athletic teams. During the 2011-2012 school year, all three high schools were awarded the Wells Fargo Cup, which recognizes the North Carolina high schools with the best overall interscholastic athletic performance in their conference. The school district’s athletic teams have won multiple state championships in recent years and have sent numerous students on to participate in sports at the collegiate level.

Fellow’s role: The fellow will serve as team physician for one of three high schools: Carrboro High, Chapel Hill High, or East Chapel Hill High. He/she is expected to provide onsite coverage for all home football games and be on call for all basketball games. The fellow is also expected to provide coverage for any special event such as conferences and regional/state play-off games. The fellow will also hold regular athletic training room hours and be available to the school’s athletic training staff.