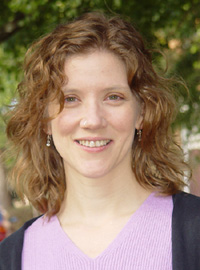 Operant models of alcohol drinking in rats are commonly used as preclinical screens for potential therapeutics; however, drugs are often more effective in these models than they prove to be in the clinic. Notably, the operant models used for these screens have almost exclusively used goal-directed reinforcement schedules: fixed and random ratio schedules that directly link the operant response to alcohol delivery. This behavior extinguishes easily after devaluation of the alcohol, such as may happen when a drug reduces alcohol reward. In contrast, when animals are trained on reinforcement schedules that promote habitual responding (e.g., variable interval schedules), they continue to seek alcohol by pressing the lever even after reward devaluation; these habitual behaviors may play a key role in the persistence of alcohol-seeking in humans despite devaluation of alcohol reward by circumstance or drug therapy. Robinson believes that therapeutic drugs that target the rewarding effects of alcohol will be less effective to reduce alcohol drinking in rats trained on habit-prone reinforcement schedules as compared to habit-resistant schedules, while drugs that act more broadly to stabilize neurocircuitry and will be more effective in to reduce habitual alcohol drinking. To test this hypothesis, Robinson will investigate the effects of potential pharmacotherapies on operant alcohol self-administration as well as cue-induced reinstatement of alcohol seeking in rats trained on goal-directed or habitual schedules.