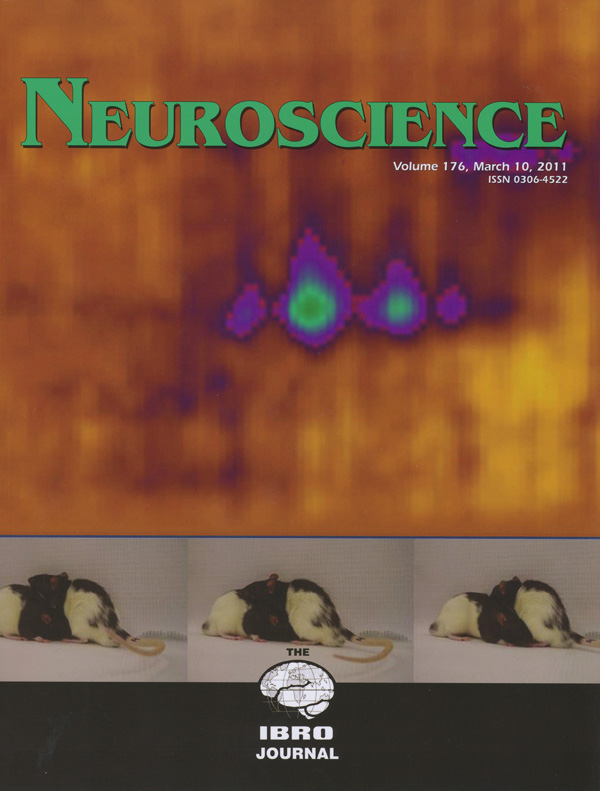 The research of the Behavioral and Pharmacological Neurodynamics Lab, headed by Donita Robinson, PhD, landed the cover of the international journal, Neuroscience. The image (right) was used on the March 2011 cover of the journal.

Mesolimbic dopamine release has been linked to information processing of salient stimuli and rewards. Robinson and colleagues show that fast dopamine release events occur in the nucleus accumbens during social interaction between adolescent rats. The cover shows a representative color plot of a neurochemical recording over time (left to right); the changes in current due to oxidation of dopamine are depicted as the purple-to-green spots. These dopamine transients were observed in a rat that was sniffing and investigating another rat.

Robinson is an assistant professor for the Bowles Center for Alcohol Studies and the UNC Department of Psychiatry.