Researchers at UNC and NIH have defined the role of the protein vinculin in enabling cell movement in a paper published in the JCB, 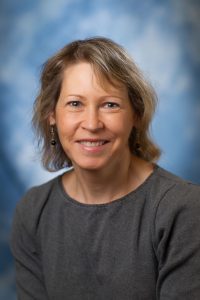 Sharon Campbell, PhD, professor of Biochemistry and Biophysics and member of UNC Lineberger Comprehensive Cancer Center, and Clare Waterman of the NHLBI at the NIH showed that cell mobility occurs through the interactions between the protein vinculin and the cytoskeletal lattice formed by the protein actin. By physically binding to the actin that makes up the cytoskeleton, vinculin operates as a form of molecular clutch transferring force and controlling cell motion.

“The hypothesis with the molecular clutch is that you get this kind of treadmilling effect. If you have an analogy with a car, the car is running in neutral. You get something pushing forward and something pulling behind, and you really don’t have much effect on the cell. You have a lot of energy that’s lost. But if it engages, this slows the retrogade flow and the actin polymerization pushes the leading edge forward so that it can move,” said Campbell.

In this context, vinculin localizes to cellular components called focal adhesions, with over a hundred different proteins, and has been postulated to play a critical role as a molecular clutch. These adhesions can be thought of as wheels, taking the energy from the actin cytoskeleton and using it to move the whole cell across a substrate. So how important is this one protein,vinculin, in regulating cell movement?

Studies with knockout models that deactivated vinculin show that the cell still can move without the protein, but the movement becomes more chaotic. This can impact cell processes such as organ development. Embryonic mice without vinculin, for example, do not develop in the womb. 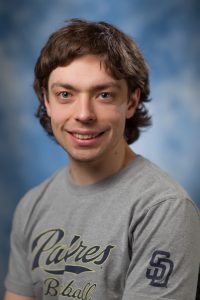 As vinculin can associate with a number of distinct proteins, Campbell and her lab designed specific vinculin variants that disrupted its ability to bind actin, in an effort to tease out the role of an interaction deemed critical for vinculin function. These impaired vinculin molecules were used by the Waterman group to show that interaction between actin and vinculin is required for proper development of cellular components and coupling of adhesions to actin, which are critical for the process of controlled cell movement.

“What we are trying to do is determine out of all the jobs that vinculin has, which ones are really critical for which cellular responses. Getting this kind of information is important because when we design drugs or therapies to target things, we want to be very specific so we limit side effects. It is still very far away from any sort of treatment, but it is setting the groundwork and foundation upon which we can target very specific aspects of cell movement and force transduction,” said Thompson.

Cell movement plays an important role in cancer research because of the role of metastasis in tumor development. In many cancers, the greatest threat to the patient comes not from the original tumor but from the cancer cells that migrate and form new tumors throughout the body.