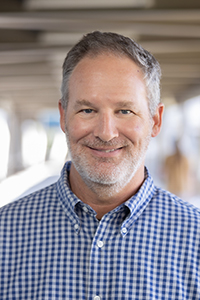 Lane F. Donnelly, MD, is the new Director of Quality at UNC Children’s Hospital and Executive Medical Director, Pediatric Population Health & Quality at UNC Health. He is also a Professor of Radiology and Pediatrics in the School of Medicine at The University of North Carolina.

Dr. Donnelly has been an NIH-funded researcher, has published 300 peer review manuscripts that have been cited over 11,500 times, and has authored multiple textbooks, including Pediatric Imaging: The Fundamentals, a lead-selling textbook on pediatric imaging.  Many improvement projects for which he was a contributor have received numerous national recognitions, including International Quality Radiology Network’s Quality-Improvement in Radiology Practices Paper Competition:  Annual Award 2008 (Paper of the Year); Caffey Award – for Outstanding Presented Paper, Society for Pediatric Radiology (2001, 2009, 2011); 2012 British Medical Association Book Awards; Singleton–Taybi Award for Lifetime Achievements in Education, Society for Pediatric Radiology (2009); Journal of the America College of Radiology 2018 Paper of the Year Award; and the 2009 Best Scientific Paper Award – Institute for Healthcare Improvement (IHI) and the Distinguished Alumni Award – University of Cincinnati College of Medicine (2020).  Dr. Donnelly has served on the Board of Trustees for the American Board of Radiology and the Society for Pediatric Radiology.

Former Leadership positions include Chief Quality Officer and Christopher G. Dawes Endowed Director of Quality at Lucile Packard Children’s Hospital and Stanford Children’s Health and an Associate Dean and Co-Executive Director of Stanford Medicine Center for Improvement at the School of Medicine at Stanford University; Radiologist-in-Chief and Frederic N. Silverman Chair of Pediatric Radiology as well as Executive Cabinet member at Cincinnati Children’s Hospital Medical Center (2002-2011); Inaugural Chief Medical Officer / Physician-in-Chief at the Nemours Children’s Hospital (helping plan, staff, and open the greenfield hospital in 2012) and Enterprise Vice President as well as Enterprise Radiologist-in-Chief for the Nemours Foundation (2011-2015); and Chief Quality Officer for Hospital Based Services at Texas Children’s Hospital (2015-2017).  He was educated at The Ohio State University and the University of Cincinnati College of Medicine.

What attracted you to the department of radiology at UNC?

Over the years, my family has moved to help further my career. My wife is a pediatric neuroradiologist, and we decided it was her turn. She interviewed and accepted the role of chief for the division of pediatric radiology at UNC. They were gracious enough to create a position for me related to some of my experiences in the past, both within the department and the more extensive UNC health system. I lived in Chapel Hill about 25 years ago, so the region was known to me, which added to the excitement and the choice to make a move.

Can you tell me about your work within the department, UNC Health, and UNC Children’s Hospital?

What inspired you to become a doctor and specifically a pediatric radiologist?

I wish I could sit here and tell you that I had a plan to do that all my life, but that couldn’t be further from the truth. As a student, I was always good at science. No one in my family had any experience in the medical field. During college, it was suggested that I go to medical school because of my scientific interests, and I didn’t have a better plan. I was one of those kids who went to medical school without setting foot in a hospital.

I wasn’t sure what specialty I wanted to pursue until very late in medical school. In January of my third year, I rotated in radiology and loved it, which solidified my decision to follow that path. As a University of Cincinnati radiology resident, I did my pediatric radiology rotation at Cincinnati Children’s Hospital, a highly ranked institution. I enjoyed the experience so much that I followed up my residency with a fellowship in pediatric radiology.

Can you talk about Fundamentals of Pediatric Radiology, the book you wrote that is used today for pediatric radiologists?

For each of the radiology subspecialties, I was always a fan of shorter books and reading those books over and over rather than trying to read a giant book that you can only get through once. That’s how I learned as a resident. There wasn’t a good book for pediatric radiology, but there was an excellent book for musculoskeletal radiology written by Clyde Helms. I worked with Clyde, and one day I said to him, “Hey, I love your book. I read your book every Wednesday night to prepare me for a bone conference we had every Thursday morning.” He said, “Well, you should write the Peds one.” I was probably 34 or 35 years old then, and he set me up a meeting with his publisher. I wrote the book, a fundamental review of the things in pediatric radiology that everybody in radiology should know.

What set you down that path of academic medicine?

I had no idea I wanted to be an academic when I began my residency. But I was mentored by several people who inspired me to pursue it. Like many things in my professional life, much of it is more about whom you’re exposed to in your experiences than what you innately might like as a topic. As a radiology resident at Cincinnati Children’s Hospital, the faculty physicians were academically strong. I think it was the culture and the people as much as the content of pediatric radiology that led to my decision. I had great mentors that helped me pick topics, write articles, and edit the work that I was doing. I caught the bug and that sense of wanting to innovate and push forward changes in the specialty.

What advances would you like to see in your specialty in the next five years?

I want to take some of the things I have seen work well in providing excellent pediatric healthcare in independent children’s hospitals and try to advocate for that approach towards pediatrics at UNC. When systems are set up like UNC, where pediatric healthcare is sometimes viewed as a service line and has to compete for resources with the more significant adult portion of the organization, it is often not favorable to optimizing pediatric care. I think we can work to set up pediatric care to flourish here and take advantage of the close relationship with the rest of the healthcare system.  I think a strong argument can be made that one way to improve the overall health of the population of North Carolina is by focusing on pediatric healthcare. So we will have healthier adults in the future.

What would it be if you could give your younger self a piece of advice?

Over the years, I have allowed myself to get highly stressed by things that were, looking back, more minor issues. I wish I hadn’t stressed out about them because they weren’t as crucial in the big picture. So, it would help if you struck that balance between being very passionate about your work and not getting caught up on the small things.

If you could pick the brain of someone alive or dead, who would it be? And why?

I want to get the chance to speak with Benjamin Franklin. His accomplishments as a scientist and inventor are legendary. He is the person who crafted our country and our democracy through a vision of a great country with a large successful middle class. I think he achieved so much in his life. He is a fascinating figure, and it would be exciting to talk to him.

What do you do when you aren’t working?

I like to bicycle (both road and mountain biking), hang out with my family, and go to the beach.   We like to crab, fish, and walk on the beach.

How would you describe yourself in one word?

If you could have one superpower, what would it be and why?

My superpower would be the ability to control time. I could slow it down when I needed to get more done or savor a moment and stretch it out rather than seeing it go by in a blink.