Jimmy Fay successfully defended his thesis on July 20th, 2022, titled, “The Nanoformulation of Brain Derived Neurotrophic Factor and Reformulation with PEG-free Polymers”. The work was completed under the direction of Alexander V. Kabanov. 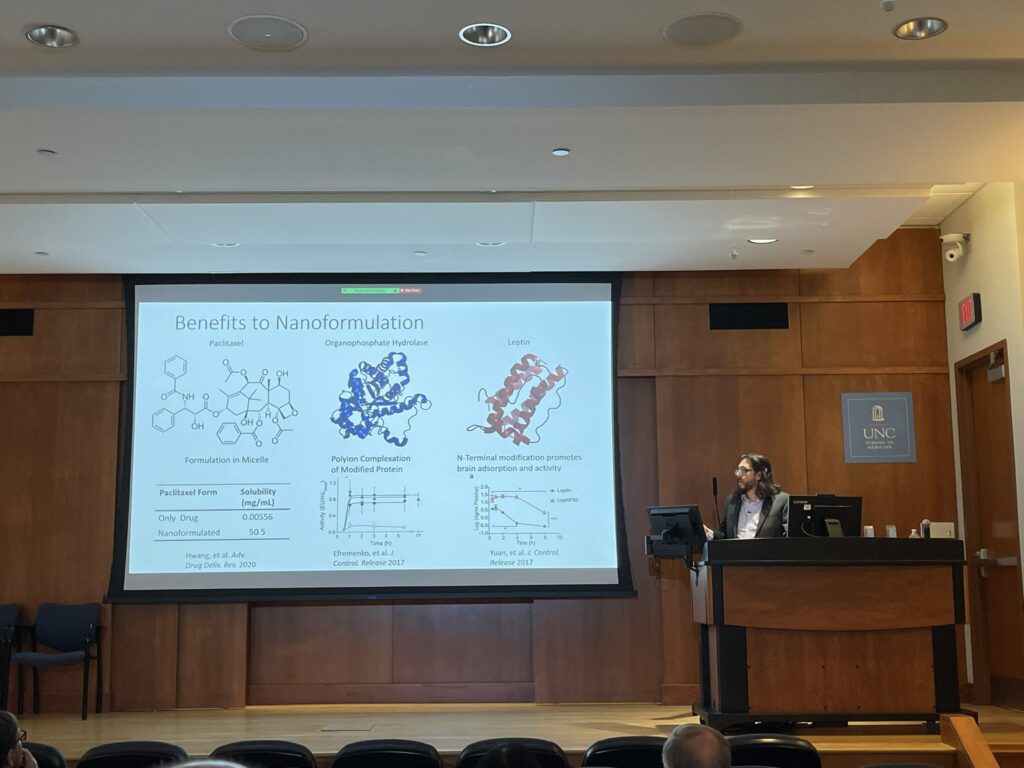 Jimmy completed his bachelor’s degree with a dual major in Biology and Chemistry at UNC-Chapel Hill. During his time there he worked with Nikolay Dokholyan in the department of Biochemistry and Biophysics. Their research focused on protein design and the expression of those designed proteins. Additionally, Jimmy expressed, crystallized and characterized a phosphomimetic variant of superoxide dismutase. After graduation, he continued working with Dr. Dokholyan until the summer of 2015. Their work can be found in a number of publications.

This initial foray into science motivated Jimmy to join the Biological and Biomedical Sciences program here, at UNC. After three rotations, Jimmy decided to join Alexander Kabanov’s lab. Their laboratory focuses on nanoparticle formulation with a special emphasis on polymeric assemblies. Initially, Jimmy contributed to understanding the formulation of a protein-polymer nanoparticles. Later, he focused on reformulation of the nanoparticles by replacing an immunogenic component with alternative polymers.

Jimmy will be relocating to Boston where he plans to pursue a position in the pharmaceutical industry.